Eric Trump Is Outraged Because Clinton Called Her Emails ‘Boring’ 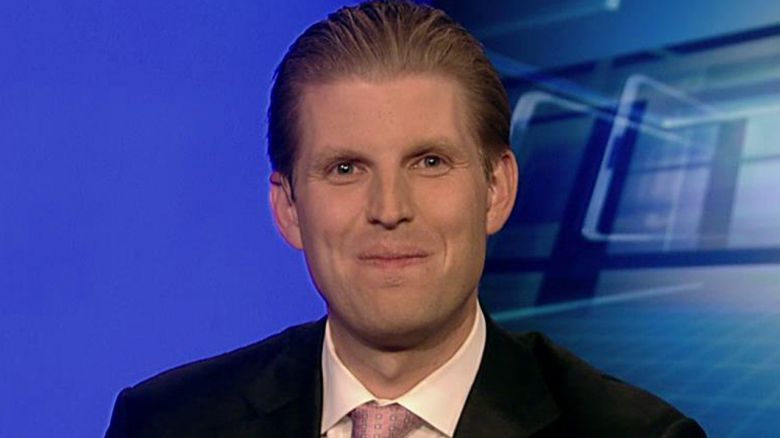 Eric Trump, one of Republican candidate Donald Trump’s sons, went on a Fox News radio show to attack Hillary Clinton for her emails. But Trump too an unusual angle on the long-running issue: he was outraged that the former Secretary of State would call her emails boring.

“I listened to it last night and I just shook my head. It is so disturbing. I mean, she’s making a joke out of national security by talking about her emails being boring,” Trump said. Clinton has said that the 15,000 new emails that will be released before election day will disappoint her critics because there’s nothing interesting in them.

Almost as an afterthought, Trump claimed Clinton had committed perjury before Congress. “I mean, to be joking about and talking about boring emails, not to mention the fact that it was perjury because she lied in front of Congress and said that she had turned over all her emails.

Despite a series of hearings on Clinton’s handling of the Benghazi attack and an FBI investigation into her State Department emails, no evidence of wrongdoing was found. Even a highly partisan, Republican-led congressional investigation was forced to clear Clinton after questioning her for 11 hours.

Conservatives opposed to Clinton have found nothing incriminating in the huge number of emails that have been released to the public. It is unlikely the new tranche will reveal anything interesting. Eric Trump’s strange choice of attack is another sign of the Trump campaign grasping at straws as Clinton leads in every poll. Trump and his surrogates are also trying to revive debunked claims that Clinton is in poor health.

There is the smack of desperation about the Trump campaign’s recent strategy. Trump’s poorly thought out appeal to African-American voters, Rudy Giuliani’s conspiracy theories about Clinton’s health and now Eric Trump’s lame attempt to use Clinton’s words against her are not good signs for Trump’s supposed ‘pivot’.