It’s all about the math and Trump’s poll numbers are dropping like boat anchors after the Democratic National Convention, recent public relations catastrophes and his bungled attempt at sounding like an economic guru on Monday in Detroit.

More Republicans are lining up to reject Trump’s delusional, hate-filled rhetoric, including Sen. Susan Collins of Maine and over 50 Republicans, who signed a letter rejecting his deplorable campaign by calling him the most reckless candidate in history.

Trump’s economic speech was riddled with awkwardness and gaffe’s including the use of “titties” instead of “cities”, as he struggled to read a pre-written speech on the teleprompter.

Adam Edelman from the New York Daily News had a little fun with the goofs when he wrote this in his article:

“Donald Trump is clearly abreast of the country’s financial woes. The gaffe-prone GOP nominee’s campaign reset got off to a boob-burdened beginning Monday, as the mogul’s first big economic policy speech was repeatedly interrupted by more than a dozen protesters, remained ridden with the same empty tropes for which he’s been endlessly criticized and even featured a jaw-dropping salty slip of the tongue.”

Trump, just off a disastrous public relations week involving nuclear weapon comments that surfaced; his offensive remarks about the Khans, who are “Gold Star” parents of a soldier killed in Iraq—was hoping to distance himself from the flood of criticism, but instead he just dusted up more evidence of how inept he is as presidential material with his economic calamity.

Furthermore, Stuart Rothenberg predicted in his Washington Post report that Trump’s economic debacle could spell the death knoll for his campaign.

“Three months from now, with the 2016 presidential election in the rearview mirror, we will look back and agree that the presidential election was over on Aug. 9th. Of course, it is politically incorrect to say that the die is cast. Journalistic neutrality allegedly forces us to say that the race isn’t over until November, and most media organizations prefer to hype the presidential contest to generate viewers and readers rather than explain why a photo finish is unlikely”, wrote Rothenberg.

But numbers and cold, hard facts are not in Trump’s favor and the polls show Clinton pulling ahead in battleground areas ranging from a few points to a comfortable 8-9-10 point lead.

Hillary Clinton was quick to nail Trump’s economic plan that was clearly aimed at helping the top earners of the country.

Clinton is going to win, predicts Rothenberg and it won’t be by a narrow margin. 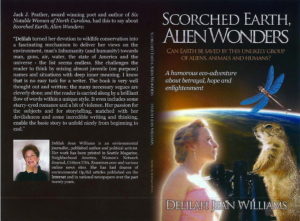