Every kid gets to a certain age in their life when they start to get curious about the ways of life. We all ask that question once in our lives, “Where do babies come from?”, and what do our parents tell us? “Uh…the storks! Yeah, the storks deliver babies!”

Of course, given our young age and our complete lack of knowledge relating to the goings on in the world, we believe them. Sure, it was illogical, impractical, and just straight up impossible, but it was an answer, and that’s all our little curious minds needed.

Of course, we all eventually realize that storks play no part in the deliverance of infant human children (sorry if I just blew your mind and shattered the illusion). However, the “storks” story has become so ingrained in our culture, that it’s become a bit of a folklore. Lore that makes for really great material when making a movie. Which is exactly what Warner Animation Group did with their new film, Storks!

Directed by Nicholas Stoller (Neighbors, Forgetting Sarah Marshall) and Doug Sweetland (animator on Toy Story, Finding Nemo and more), Storks is all about the titular animal and the odd mythology surrounding it.

Long ago, storks delivered babies. They brought these children of unknown origin from Stork Mountain. Eventually, the storks remodel their baby business and become Cornerstore.com, an Amazon-like service that delivers everything directly to your front door, except babies.

Enter Junior (voiced by Andy Samberg), who has become the company’s greatest deliverer since they got out of the baby business. Junior is on his way to replacing hs boss Hunter as the new head of Cornerstore. All he has to do to secure his promotion is fire Orphan Tulip (voiced by Katie Crown), an 18-year old human orphan (as the kind of messed up name suggests) who lives on Stork Mountain.

Storks mostly follows these two as Tulip accidentally starts up the Baby Factory, creating another baby, and her and Junior try to deliver the baby before anyone finds out. There’s also another main character, Nate Gardner (Anton Starkman). Nate, an only child with two busy and neglectful parents, sends a letter to the storks, asking for a baby brother. It’s his house that Tulip and Junior are delivering the baby to.

Having seen Storks recently and finally being able to get all of my thoughts together, I thought I’d share them with you to help you determine if Storks is worth checking our or not. So, does Storks “deliver”? Or should it be “returned to sender”? Be warned, mild spoilers, and extra punny stork puns throughout!

Since Storks is an animated comedy, I thought I’d judge it based on how funny it actually was. Now, a lot of people give animated movies a pass in the funny department. After all, it’s a kids movie, isn’t it? Kid jokes aren’t supposed to appeal to adults, right? Well, that’s not really true.

A lot of kids movies over the years have proved that children’s comedy doesn’t need to be mindless and on a level that only little kids will understand. Films like Shrek and Toy Story have proven that older viewers can enjoy animated films too. Luckily, Storks isn’t full of mindless, “kids only” kind of humor. Unfortunately, this doesn’t mean the humor is great either.

A lot of the jokes fell flat, trying hard to be funny but not succeeding. On the bright side, the jokes that did work were absolutely hilarious! When a joke delivered, the whole audience laughed at it. Most of the good jokes were in the second half of the film, I’d say. Especially during the wolf bits (more on that later).

Storks offers a good variety of different characters for viewers to love and/or hate. First, there’s Junior. As one of the main characters of the film (and probably the most main character), it’s important for audiences to like, or at the very least, relate in a way to Junior. While he’s not a terrible character, there’s some things about Junior that may rub people the wrong way. His selfish and stubborn attitude is meant to contrast Tulip’s more optimistic outlook, making him the less likeable character.

Junior can be a good character at times, but I’ll admit, I liked Tulip a lot more. Nate is your “typical little kid in an animated film” type. He’s an adventurous spirit with busy parents who often choose work over spending time with him. There’s not much to say about his character, other than that it’s pretty safe and something we’ve all seen before.

Then there are the side characters. These characters range from typical, to terrible, to pretty hilarious. Hunter (voiced by Kelsey Grammer) is your typical suit-wearing, strict boss. He serves as the main antagonist for the film- although that isn’t entirely clear at the beginning of the film. The other antagonist, Pigeon Toady (voiced by Stephen Glickman), is the terrible character I was talking about.

Just by watching the trailers, I could tell I wasn’t going to like this guy. Kids may have gotten a kick out of his weird, almost Californian surfer dude accent, but to me, his whole character was extremely annoying. I can honestly say that the movie would have done better without him, especially since he really didn’t serve much of a purpose.

Finally, we have my favorite side characters, the wolves. Specifically, Alpha and Beta, voiced by Keegan-Michael Key and Jordan Peele respectively. The comedy duo lent their voices perfectly to the two canines, providing a lot of enjoyable moments. The wolves were kind of thrown into the film as well, but they were at least funny characters.

What I Liked Most
Now on to what I liked most about the film. In a day and age where everything is either a sequel, a reboot, or based on something, it’s nice to see something fresh and original like Storks – especially in the animation department.

Sure, Storks is related to the age-old white lie parents told their curious children, but the plot of the film itself is pretty original, and much more than just the idea of storks delivering babies.

What I Liked Least 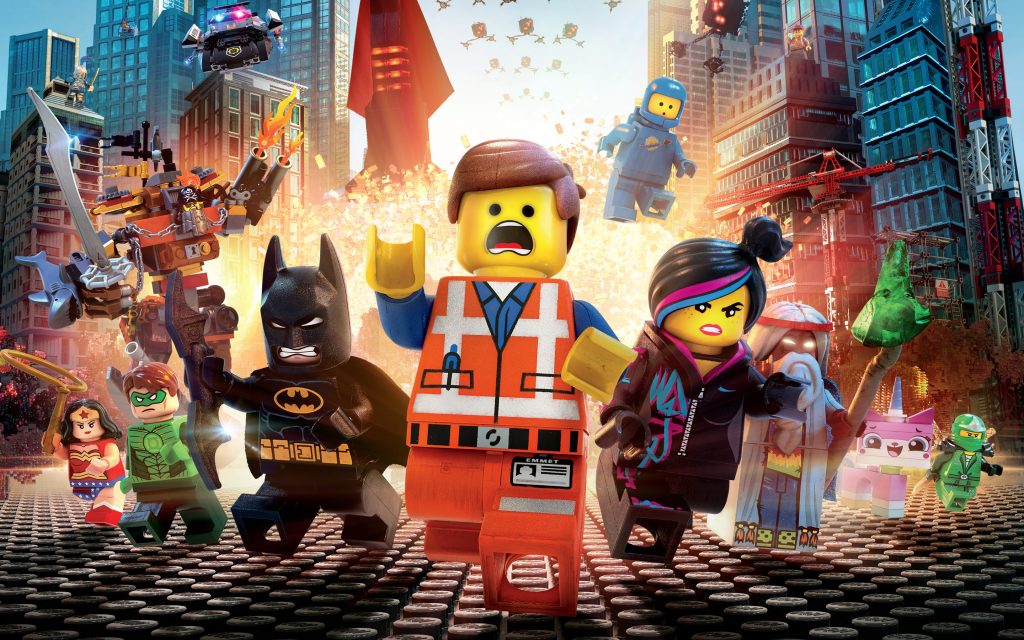 While the story is original, it’s also kind of all over the place. This is no doubt due to the rushed editing of the film. The biggest issue I have with Storks is the editing, which is just too fast and jumpy. The jokes, the scenes, everything about the movie is fast-paced.

I think this is because the movie was trying to mimic the fast-paced, gag-related humor of The Lego Movie. Both films were made by the same studio, so its likely that a lot of the same individuals behind The Lego Movie worked on Storks.

The problem with this is that The Lego Movie was a really special case. It really shouldn’t have worked, and it still surprises people how well it did. Storks tries too hard to capture the same feeling The Lego Movie delivered, instead of trying to deliver its own. 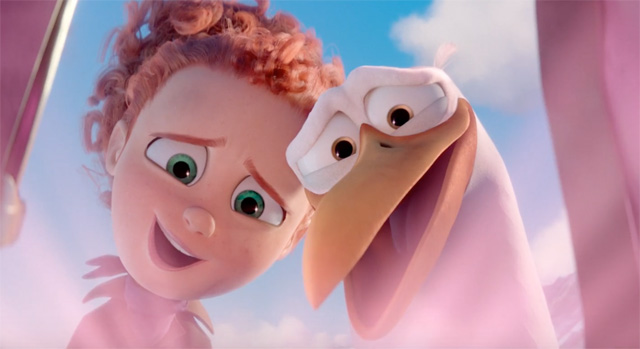 Overall, Storks was a good movie in my book. It was charming, endearing, and emotional. It had a phenomenal cast, including Andy Samberg, Ty Burrell, and Danny Trejo (who I legitimately did not know was in this movie until the credits rolled), and even though not all of the jokes delivered, the one’s that did appealed to all ages, not just kids.

I’ll admit that thanks to movies like Minions and The Secret Life of Pets, I’ve become wary of animated films that don’t don’t have that reassuring Disney or Pixar logo on them. Storks reminded me that studios besides Disney, Pixar and Dreamworks can make good, original animated movies. Storks may not be the best animated film to come out this year, but it’s definitely worth checking out with the whole family!

I give Storks a 3.5/5!
Thanks For Reading! Make sure to watch the Storks trailer below, and see Storks when it hits theaters this Friday!