At the top of his media analysis show Sunday morning, CNN senior media correspondent Brian Stelter not only said President Donald Trump was disrespecting the American public by constantly lying but that the mainstream media was doing a huge disservice by robotically quoting those lies without any context or correction.

Hitting on the recent Michael Cohen sentencing memos and the special counsel filing detailing Paul Manafort’s breach of his plea agreement, the Reliable Sources host noted that the pro-Trump media was “playing along and covering for Trump.” He then pointed out that the president took it further by declaring on Twitter that the memos totally cleared him.

“Being delusional is even worse than lying but either way, he’s being deceptive,” Stelter said. “He’s talking down to you, talking down to his fans, he’s disrespecting his supporters and the rest of the country by constantly saying stuff that’s not true.”

He added, “And by the way, many of his allies, his aides, his former fixer Michael Cohen, his former campaign chair, Paul Manafort, all of them proven to have lied again and again. It’s a sign of disrespect.”

But it isn’t just about right-wing media and the president’s loyal fan base. Per Stelter, the mainstream media has an obligation to hold the president accountable and present his words and actions with proper context.

“And when we in the press repeat those lies, just quote Trump or others without correcting him, we just make a bad situation worse,” he noted.

Over the past couple of days, a number of large media outlets, such as the Associated Press, Reuters and NBC News, have been taken to task over headlines that parroted the president’s remarks without any context or correction. 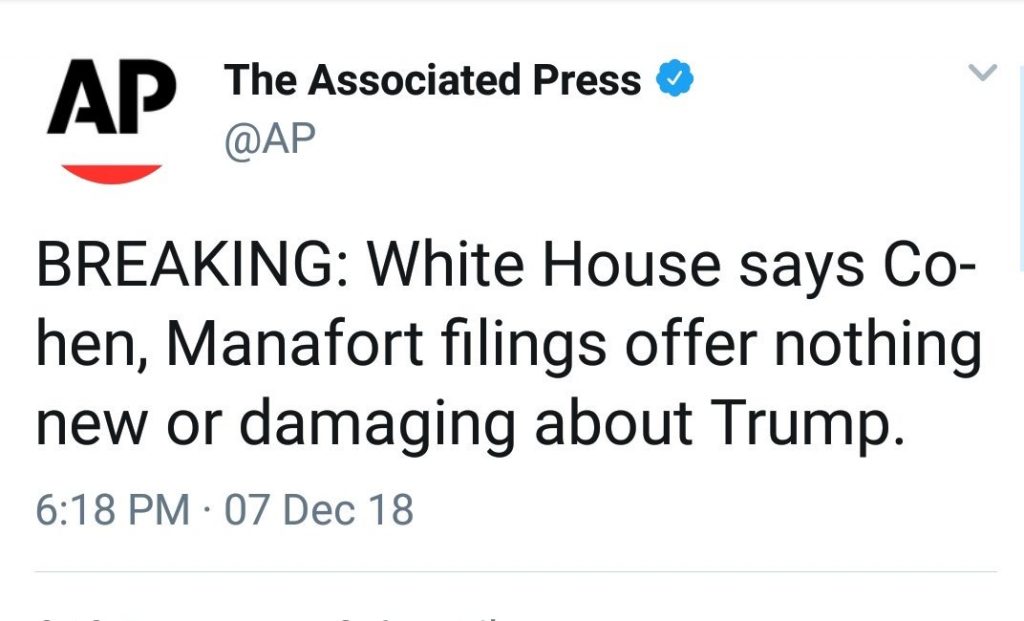