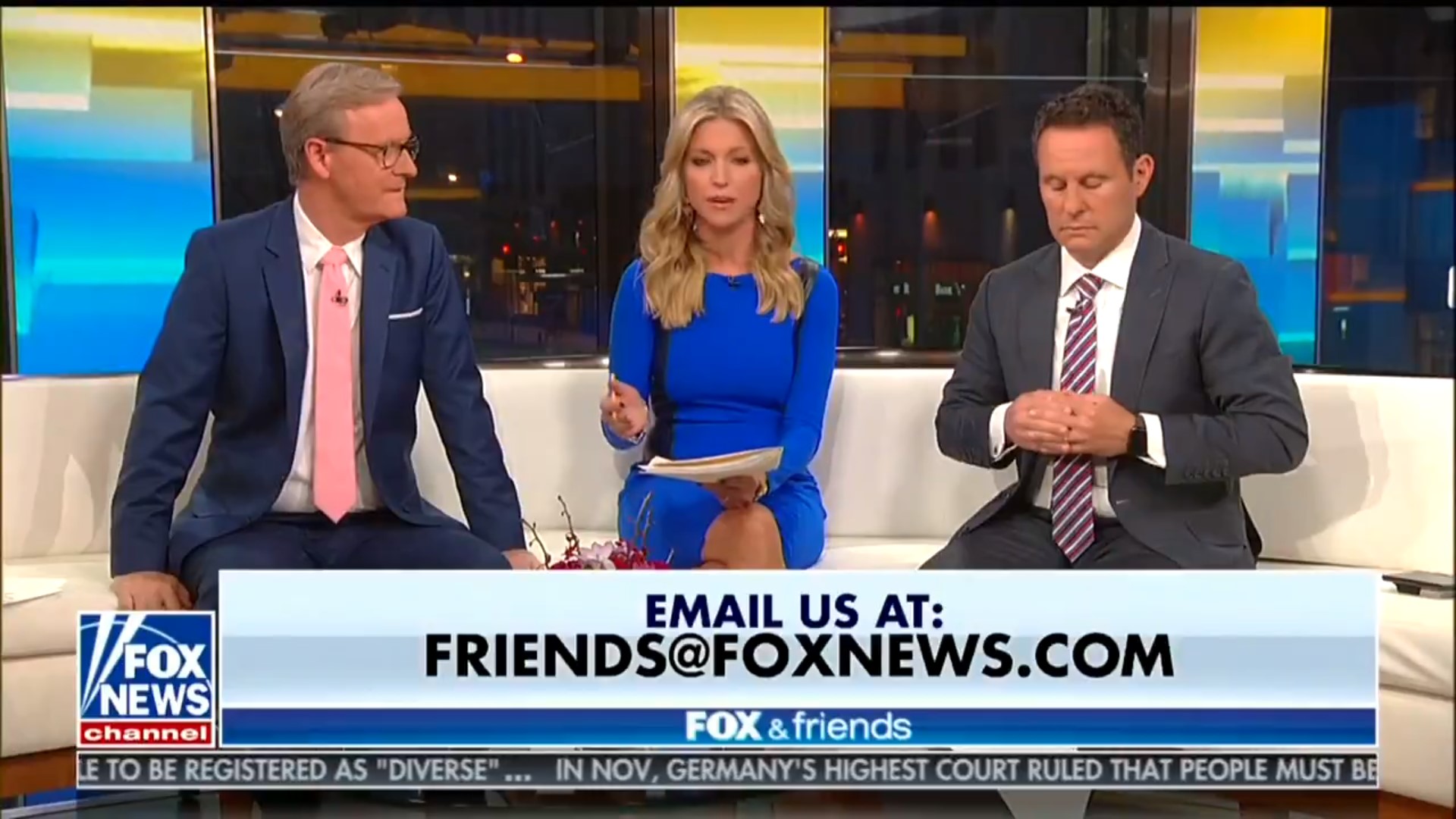 Fox and Friends host Ainsley Earhardt was none too happy with New York Governor Andrew Cuomo saying “America was never great” and decided to list off a bunch contributions that the United States has given to the world to make highlight the country’s everlasting greatness.

And one of those was accomplishments was defeating those evil Japanese Commies.

“We defeated communist Japan, radical Islamists,” she said as co-host Steve Doocy seemingly expressed bewilderment. “We ask our men and our women to go overseas and fight for our country and sacrifice so much for this great country.”

So, yeah, Japan was not a communist country when the U.S. defeated it in World War II.

After Earhardt brought up America’s generosity and how the world is a better place due to the United States, Doocy jumped in to clean up her mess by separating out her points.

“Yep — communism AND Japan and so many other things as well,” he declared while slapping his knee for emphasis.

After the clip went up on Twitter, it didn’t take long for folks to do what they do best:

And right afterwards we dropped an atomic weapon on Berlin https://t.co/5mR0hSfYkn

“Nationalist” or “Imperial” Japan would be more accurate but that would also be Patriotically Incorrect. https://t.co/KGsqN14LVv

Was it over when the Germans bombed Pearl Harbor? https://t.co/JGDwLmSOde

Check out the clip below, via Media Matters’ Bobby Lewis.