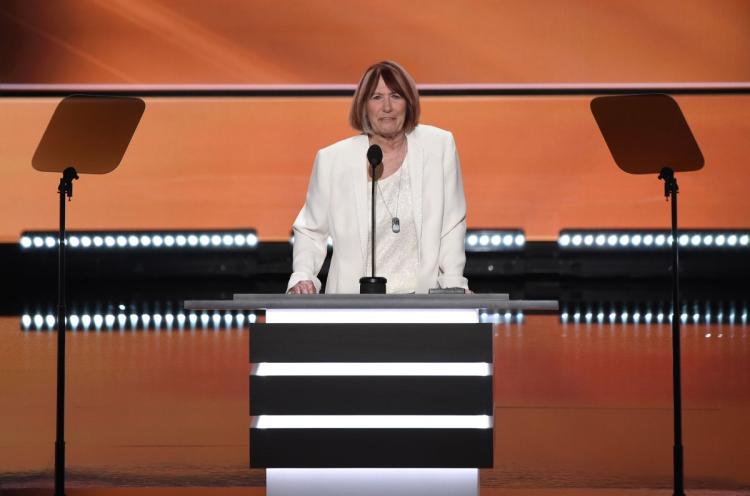 Two parents of Americans who died in the Benghazi attacks will sue Hillary Clinton for their children’s deaths. Patricia Smith and Charles Woods are alleging that Clinton’s use of a private email server may have allowed the Benghazi attackers to discover the location of government employees in Libya.

Patricia Smith spoke at the Republican National Convention last month and blamed Clinton for her son’s death. Her speech was the centerpiece of the RNC’s Benghazi-themed criticism of Clinton and the Obama administration’s foreign policy.

The suit is being taken on Smith and Woods’ behalf by the right-wing group Freedom Watch. Freedom Watch backed George W. Bush’s policies in Iraq and supports GOP congressional candidates. The founder of Freedom Watch, lawyer Larry Klayman, has previously attempted to sue President Obama for endangering his life because Klayman is white. He has also claimed that Obama would have been impeached if he weren’t black.

It is impossible not to see the lawsuit as a partisan effort to damage Clinton as the general election approaches. Clinton has already been cleared of wrongdoing by several congressional investigations, which were heavily partisan in their attempts to smear Clinton.

Freedom Watch’s lawsuit hinges on claims that Clinton behaved irresponsibly and that hostile foreign actors hacked her emails, leading directly to the Benghazi attack. Though the FBI concluded hacking was a possibility, it found no evidence that hacking had actually occurred.

The case is highly speculative and its chances of success are low. Freedom Watch has filed nuisance lawsuits against Obama, Black Lives Matter and Al Sharpton as part of a partisan effort to undermine the administration. Klayman has called Obama ‘a traitor’ and ‘an anti-Semite’ .