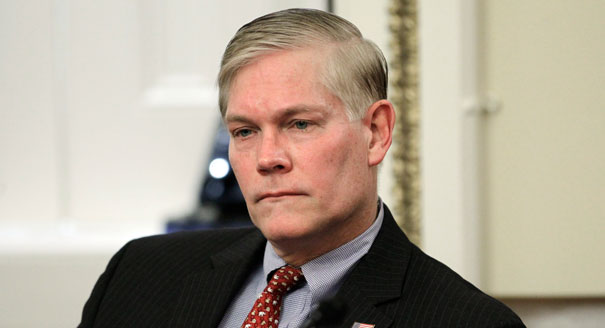 During an exchange with National Journal reporter David Newhauser on Tuesday, Rep. Pete Sessions (R-TX), who happens to be the House Rules Committee Chairman, argued that the the scene of the Orlando shooting wasn’t actually a gay nightclub. His proof? There were mostly Latinos there.

“It was a young person’s nightclub, I’m told. And there were some [LGBT ppl] there, but it was mostly Latinos” https://t.co/c5qvdSk0kF

Yes, that was actually his argument. It was a regular club where all kinds of people went, and while there may have been some gays there, since there were far more Latinos, it was’t a gay bar. Because, as we all know, being Latino and being gay are mutually exclusive.

Of course, Pulse bills itself as “Orlando’s hottest gay bar,” and has been widely reported since the tragic events of Sunday, the club was founded to honor the memory of one of the owners’ brother, a gay man who died of AIDS.

Eventually, someone on Sessions’ staff told him how dumb he sounded, probably after they saw he was getting ridiculed on Twitter, and told Newhauser that he was mistaken.

Pete Sessions’ staff tells me he was wrong. Confused fact there were straight ppl there for general night club, Latin nite for Latino club

Glad we got that straight. Also nice to know that Pete Sessions has really been concerned about this story and has been following it very closely.