Donald Trump Is Wrong: His Tantrums Are Absolutely Newsworthy

As Rachel Maddow reported on her show, quite neutrally, Donald Trump ended a speech on Friday after being interrupted ten times by an unknown number of protesters. Not only did he end his speech early, he allowed the protesters to railroad him off script as he proceeded to complain about them at the podium. Incidents with protesters have mottled his run for president already, though this incident is by far the most extreme, and it sends a powerful message to his opposition: Make enough noise and Donald Trump will finally shut up. News media has not missed this point, and while pundits are happy to point it out when they’re anti-Trump, reporters are trying to maintain a veneer of neutrality.

Meanwhile, U.S. citizenry fully expects the politicians that lead the rest of the world to have the savvy and command of subtlety to fully manipulate and exploit this sort of behavior on the world stage. A small-minded and petty man who cannot handle an impromptu protest cannot be expected to deal with the most powerful people on the planet. Putin will not be impressed with Trump’s money. Israel will not be satisfied with a man who cannot finish a conversation with their representatives without erupting into a childish and self-centered rage. The crippling lack of diplomatic skill Trump has repeatedly put on display and his willingness to cater to his ego over of any aspect of his platform (such as it is), both at his stump speeches and at the Republican debates, would beyond any shadow of a doubt hurt U.S. interests abroad.

And it’s not, as Trump whinges, the media disproportionately picking on him. Protesters hassle politicians on a regular basis. These incidents occasionally make the news, but because other politicians handle the incidents with relative calm, they are non-events. They’re not newsworthy, therefore, they are not news. The opposite is true for Trump. Because he is willing to throw a tantrum on camera, and display qualities unfitting of a politician while simultaneously seeking to become one, he’s making news. He’s behaving very strangely while commanding a huge following. That’s news, and it’s news because it’s very obviously troubling.

The horrifying part of this is that Trump’s base seems to believe that the media has it out for him. A good portion of the media doubtless hopes he will fail, but if they were acting on that, they’d help ensure his failure by giving him no press at all, not bad press. If you want to watch the media attempt to sabotage a group’s election, look no further than the lack of hype around the incredibly limited Democratic debates, and the lack of Bernie Sanders coverage overall.

The old saying about bad press being better than no press at all is absolutely true; people are thinking about Trump, talking about Trump, and because his inane ideas are being given enough consideration for pundits to mock and are bizarre enough for reporters to cover, it is slowly becoming possible in the minds of the people to consider that he might win the GOP nomination. This is not and cannot be true of a candidate the media simply chooses to ignore. 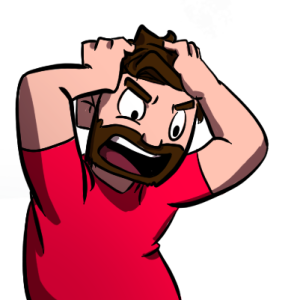