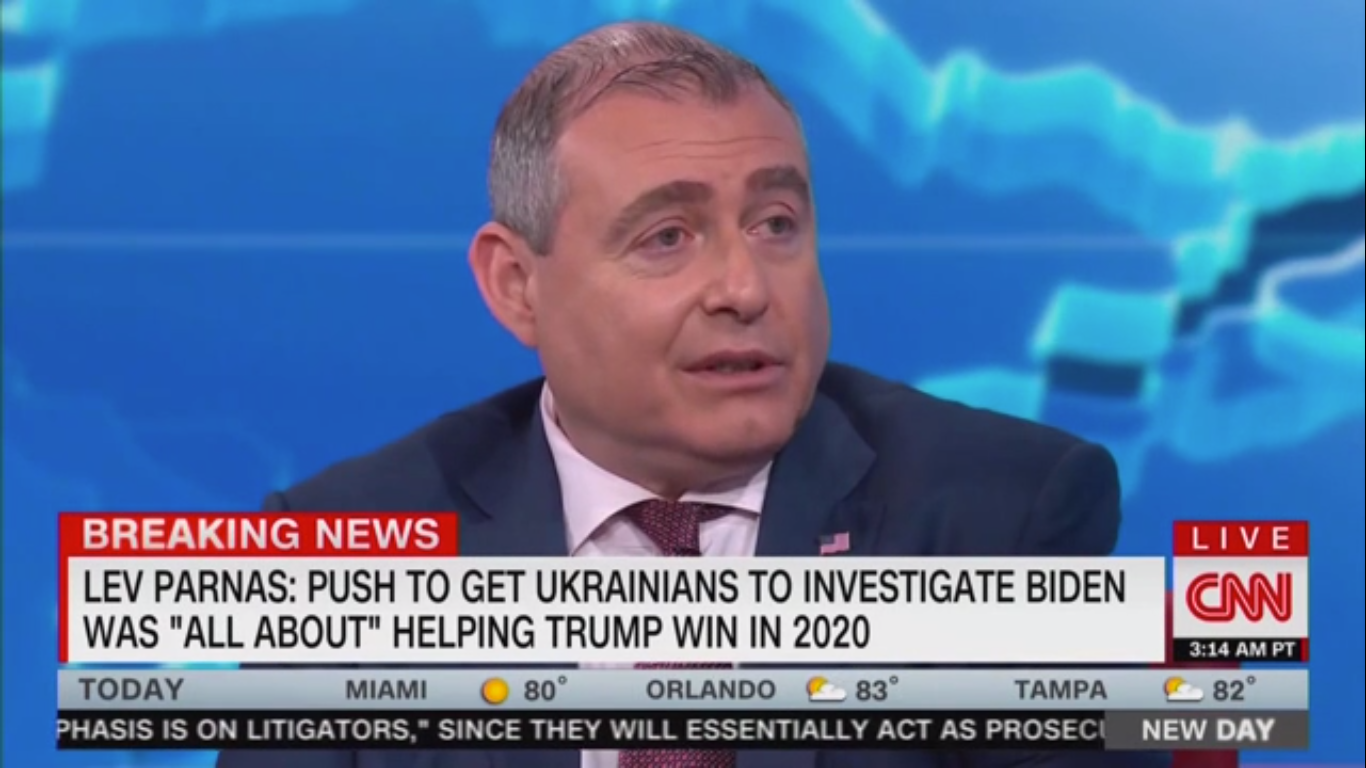 Indicted Rudy Giuliani associate Lev Parnas has given yet more information about the plot to dig up dirt on former Vice President Joe Biden. Fresh from his interview with MSNBC’s Rachel Maddow on Wednesday night, CNN aired part of an interview with the network’s Anderson Cooper Thursday morning.

The biggest revelation from the new interview is Parnas implicating Vice President Mike Pence in the scheme.

“In terms of who knew about what you were doing in Ukraine, did Vice President Pence know?” Cooper asked.

“His office has said he was unaware of – that he had met with Zelensky after not going to the inauguration, but he wasn’t delivering a message of a quid pro quo,” Cooper said.

“Look, again. Like I said, I’m not here to debate. I’m here to get the truth out. I got my records,” Parnas said.

“How do you know that the Vice President would have known what Giuliani was up to?” Cooper pressed.

“Because we would speak every day,” Parnas said. “I knew everything that was going on. I mean, after Rudy would speak with the President or come from the White House, I was the first person he briefed. I mean, we had a relationship. We were that close. I mean, we were together from morning to night. He took me — I mean, every interview he would do, I would be sitting over there while he was doing the interviews.”

Parnas qualified his remarks about Pence, but nonetheless implicated him.

“I don’t know if the Vice President knew everything,” Parnas said. However, he knew about the now notorious quid pro quo.