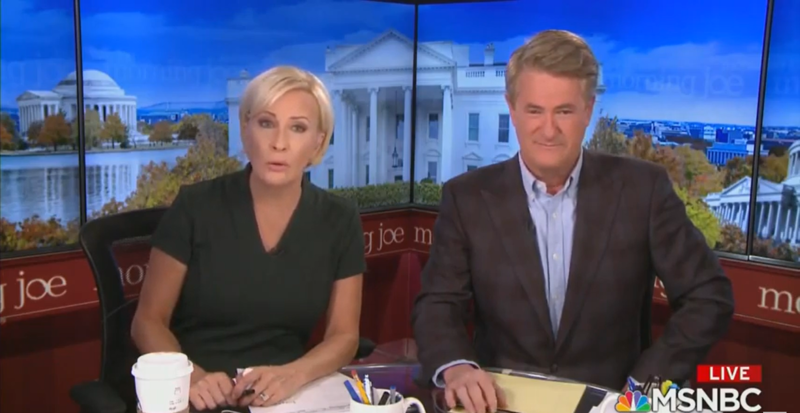 Joe Scarborough gleefully mocked acting White House chief of staff Mick Mulvaney on Friday. Opening MSNBC’s Morning Joe with a video of President Donald Trump’s anger at Mulvaney for coughing, Scarborough wondered just how mad he was that Mulvaney admitted to a quid pro quo with Ukraine on camera.

“If Mick Mulvaney angered the president by coughing, you gotta wonder how his open admission to I quid pro quo is going over this morning,” co-host Mika Brzezinski said.

“I mean, seriously, he’s mad at him for coughing,” Scarborough said. “What do you do when somebody poops their pants in front of the press corps, right, and then tries to take it back?”

“And Money Party’s take on the collapse of the financial markets was that they pooped the bed,” he said. “Well, Mulvaney actually, it was from an SNL skit, just right in his pants, right in front of the American people. And then tried to take it back later. It’s unbelievable.”

“You can’t unsee that,” Brzezinski agreed.

“I mean, he might as well just have a flashing light on his forehead that says ‘impeach us now.'”