After stocks suffered through their worst week in ten years as the Dow Jones lost over 1600 points and the Nasdaq shed 8.3 percent over the week and officially entered a bear market, President Donald Trump decided to toss more uncertainty into an already panicked market by attacking the Fed and blaming them for recent stock woes.

Over the weekend, amid reports that Trump was asking others if he had the authority to fired Federal Reserve Chairman Jerome Powell, Treasury Secretary Steven Mnuchin curiously tried to get ahead of more volatility in the market by calling up the heads of the nation’s six largest banks to verify that they had “ample liquidity” and would be able to continue to lend money. This odd attempt to calm the markets only served to further concern investors, and Monday’s markets opened in the red.

While the Dow was down over 400 points early in the shortened Christmas Eve trading day, it began to experience a brief rally by late morning that provided hopes that the day could potentially end with small losses or even gains. Then the president stepped in.

At 10:55 AM ET, Trump went after the Fed, claiming it was the “only problem our economy has” because they “don’t have a feel for the market.” After saying they don’t understand “necessary Trade Wars” or “Democrat Shutdowns over Borders,” he made a golf analogy about the Fed being unable to putt. (Obviously, someone is mad he’s not spending the holidays at his Florida golf club.)

The only problem our economy has is the Fed. They don’t have a feel for the Market, they don’t understand necessary Trade Wars or Strong Dollars or even Democrat Shutdowns over Borders. The Fed is like a powerful golfer who can’t score because he has no touch – he can’t putt! 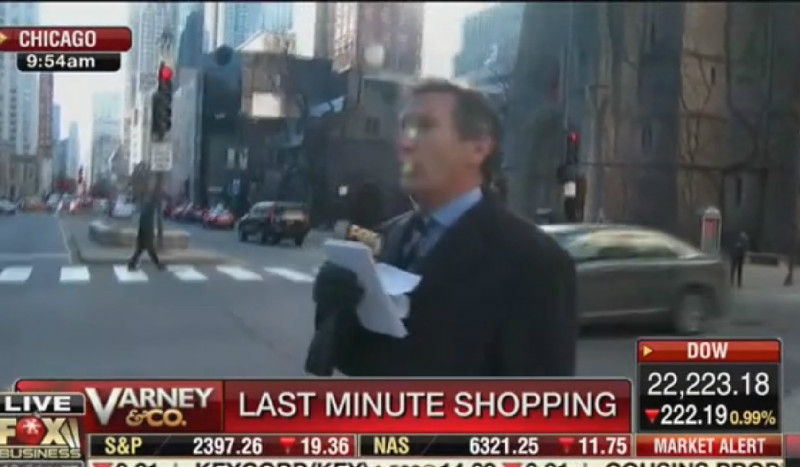 An hour after the president publicly lashed out at the Fed, the Dow Jones was down 472.33 — a drop of 250 points from the time he sent the tweet. 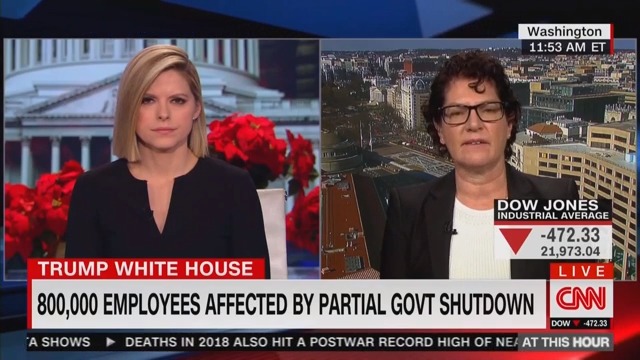 The markets will close at 1 PM ET on Monday and be closed all day on Christmas. Prior to the bell ringing out the day, the Dow found itself down by more than 500 points at times, marking this as the worst Christmas Eve trading day ever. (UPDATE: The Dow closed down 653 points at 21,792.20.)

Stocks were already taking a beating in December over uncertainty around trade policies and a looming government shutdown when the Federal Reserve issued another interest rate hike on Wednesday, pushing further losses last week. The president has privately fumed over the Fed’s rate decisions and monetary policy as feels they are primarily responsible for the plunging markets and he does not want to take blame for any economic concerns or problems facing the country.