Corey Lewandowski: ‘CNN Does Not Have One On-Air Talent’ That Can Be Considered Conservative

Corey Lewandowski broke some news today on Fox — Rick Santorum is not a conservative.

“CNN does not have one on-air talent that could be considered conservative,” Lewandowski exclaimed. “They have gone so far to the left that their only message now is to go after the president!”

He continued, “What Michael Cohen has pled to was lying to Congress, which nobody told him to do but himself. You know, CNN ran wall-to-wall coverage about a meeting Paul Manafort supposedly took with Julian Assange which now we find out it never happened. CNN, MSNBC, and the mainstream media has Trump Derangement Syndrome!”

Interestingly, Lewandowski has been making the media rounds in the past weeks to pimp his latest pro-Trump, making numerous appearances on both CNN and MSNBC to discuss his book and talk about the midterms and the president’s 2020 reelection. He’s also a former paid on-air contributor with CNN, as he took a job with the network after he was fired as Trump’s campaign chief.

In fact, Bauer is such a pro-Trump guy that his Twitter banner has both Trump AND Lewandowski. 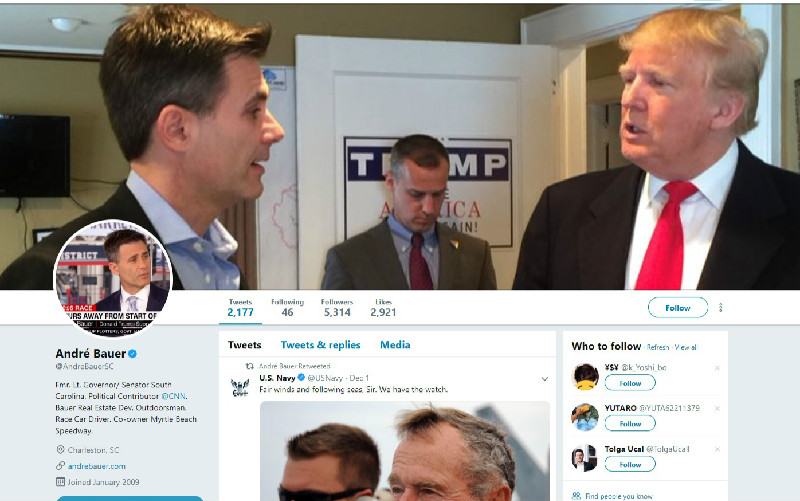 Anyway, despite trashing the network on Fox News and telling easily disproven lies about it, I’m sure we’ll see Lewandowski invited back on Chris Cuomo’s show to “get after it” sometime in the next few days.