On Thursday, geriatric rocker and pants-shitting draft dodger Ted Nugent took to his Facebook page to engage in one of his favorite pastimes — sharing racist memes that your unemployed drunk uncle finds hilarious.

Weeks after the NRA board member and flag-waving chickenhawk drew the ire of the Jewish community by sharing a blatantly anti-Semitic image to his page, the ‘Wand Dang Sweet Poontang’ artiste posted an obviously photoshopped pic that had been floating around on racist websites and message boards for years. 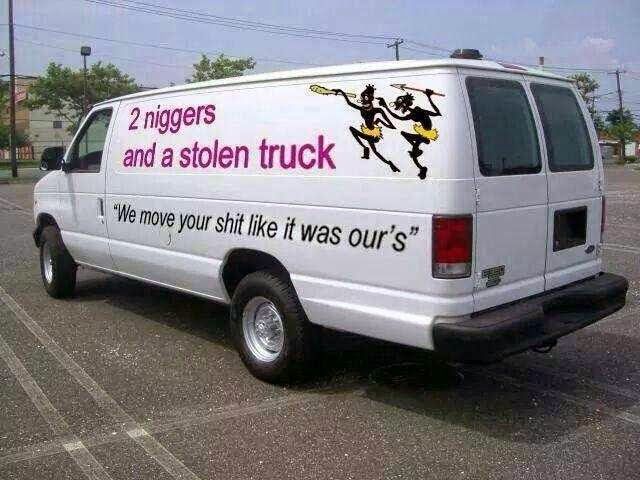 Accompanying the image, The Nuge wrote the following caption, claiming that it was a legitimate business in Detroit and he was just trying to promote it. (Typos are Nugent’s.)

“Before all the braindead dishonest lying scum politically correct racist hatepunks get all goofball toxic on us here, I am simply promoting a brilliant entrepreneur in Detroit that created a clever bussiness. His words, not mine. Ya gotta luv this guy!! When in doubt whip it out!”

As Media Matters pointed out, there is no actual company by this name, and civil rights leaders have decried it in the past when public figures were caught disseminating it. (It caused a bit of an uproar in Fort Wayne, Indiana, when a businessman shared it on his Facebook page last year.)

As you’d imagine, his fans ate it up, as within two hours of posting it, the image was shared nearly 7,000 times and received 16,000+ reactions. However, some people did try to tell Nugent that the meme was a fake, but that didn’t really bother Teddy Boy. His response to one commenter pointing out it was bogus — “eitherway funny as all hell!” He also tried to justify other criticisms by saying black rappers and comedians use the word, so nobody should have a problem if he does.

This has been Nugent’s way of insulating himself from accusations of racism, especially when it comes to the use of the word. Last year, he penned a column after Obama used it in Marc Maron’s podcast to make a point, claiming that he’d continue to say the word, Just like his “hero, Richard Pryor.” Somehow, Ted, I don’t think Pryor would be all that big a fan of yours right about now.