I Will Continue To Stand And Proclaim That Black Lives Matter

The following is an op-ed from Marissa Southards, a Black Lives Matter ally who attended Donald Trump’s rally in St. Louis.

The name Trump evokes emotion. Let’s be honest. You either love him or you hate him. Black Lives Matter – again – the name alone evokes emotion. You are either for or against the movement. When I was alerted on Tuesday to a Trump event being held here in St. Louis, I promptly requested a vacation day (because protesters do indeed have jobs) and reserved tickets for the Peabody Opera House event. After seeing the video coming out of North Carolina, New Orleans, Louisville, I knew that I was walking into what could only be a hate filled environment. But hey, this is St. Louis. We are Ground Zero for racist rhetoric. Let’s not forget the KKK threats to Ferguson activists and the famed Oathkeepers walking openly down the streets of Ferguson. Let’s consider the Pro Law Enforcement events in which supporters claim police can do no wrong. Activists in St. Louis have indeed seen hate and extreme behavior (See: Tuck In Tuesday, Page and Walton, Karruption).

However, nothing could have prepared me for the sheer quantity of pure bigotry I witnessed gathered in one place at one time. Trump has seemingly made it “acceptable” to be openly racist. It’s as if every Midwestern stereotype decided that Friday was THE day to arrive and essentially come out as a bigot. As I walked the crowd, which was 99.8% white, I was amazed by the complete lack of diversity. As I commented in a tweet upon my arrival, the primary colors of the Trump rally were red, white, blue, and camo. I made it to 14th Street and witnessed an arrest within minutes of my arrival. It was also when I came upon this gem of a Trump supporter.

While my primary focus was to film the arrest to ensure the victim did not suffer at the hands of the SLMPD, it became glaringly obvious upon my tweet of the clip, that other people were as disgusted as I was. (I spent an evening of people DM’ing me advising they were seeing it everywhere – an odd experience for a white suburban working mom.)

As I left Trump Guy behind, I popped into line and was eventually let inside. I took my seat and spent nearly an hour listening to the fraternity boys around me chanting “USA”, “Build That Wall”, and a half-assed attempt to appropriate a common protest chant. (In case you were wondering, they got it ALL wrong.) Trump was late and the crowd was growing restless. As I sat there, I worried deeply about the POC seated a row in front of me. I sincerely hoped that Trump would just hurry the fuck up so the amped up frat boys would have something else to draw the single-minded attention.

Luckily, he finally showed up, after a near-pitiable speech by 91-year-old Phyllis Schlafly. There were several interruptions in which The Donald claimed “Singles” in reference to outbursts. Folks were escorted out. I witnessed my husband leaving while waving his middle finger in the air, to which The Donald rambled on for several minutes about “the bad finger”. Then a planned protest began. A disruption which had not yet been seen on this scale at any Trump Rally. As St. Louis PD rushed into my row, I was broken loose from the arm I was linked to. I was stepped on by one of St. Louis’ finest, and then glossed over by the other officers. I had an opportunity to slide out to film as much as possible. Which I did.

The extreme behavior of the police department was, unfortunately, expected. After all, this IS St. Louis (See: Mike Brown, VonDerritt Myers, Mansur Ball-Bey, etc.). I filmed as much as I could, and was asked by a campaign spokeswoman to stop filming. I declined, of course. Upon my exit from the building, myself and the group, I walked out with (all activists) received some cheers, some boos, and an awful lot of hate speech walking out to the street. I’m assuming my Race Traitor shirt probably didn’t help matters.

We spent the afternoon tracking down our people, providing love and support to each other, and ensuring as many as possible made it home safely. 32 people were arrested standing up against one of the largest showings of bigotry and hate in this city. (Nearly all have been released.) I made it the Justice Center to wait for our people only to scroll through thousands of notifications and then to hear the news that Trump’s Chicago rally was canceled due to “security concerns.” I wanted to jump up and scream out of pure joy at this news! I knew we did something right. Ferguson sparked again.

I spent today reflecting, as I ran my normal “mom” errands of buying shoes and getting hair cuts. What went so right yesterday? We saw Ferguson/STL step up to the challenge and shut that shit down. We saw activists citywide unifying against a common goal. No one group is taking credit for this. There are no organizations stepping up and saying “This was our idea.” Activists are checking in on each other, shouting out the love, and amplifying what was done. This is, indeed, what community looks like. On Friday, I did not hear of any activists backpedaling their narrative on this protest. I did not witness any activists claiming this action as their own. I saw true community.

Tomorrow, activists will return to the current issues at hand. Karruption is still happening all over the city. The consent decree still has yet to be signed in Ferguson. Actions against the verifiable brutality of people of color will continue. And I will continue to stand and proclaim Black Lives Matter. 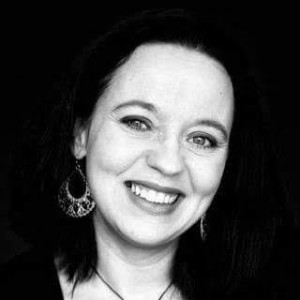