I was always a vampire girl.  Pale, indoorsy, cultured, and immortal, they were a combination of what I was and what I wanted to be.  I always found werewolves uncouth, and zombies weren’t even a thing yet when I was a kid.  It was vampires for me.

I made what was either a great discovery or a terrible mistake when, in ninth grade, as per my habit of picking up any vampire book that came my way, I found the just-published Twilight in my local library and read it.  It was the beginning of a romance that would consume me until my senior year of high school, when the publication of Breaking Dawn would abruptly disillusion me as to the author’s abilities.

Why am I telling you this?  Because I was a huge fan, (I mean huge, see my signed copy of Eclipse below), but I had never been to the source of the vampire craze. 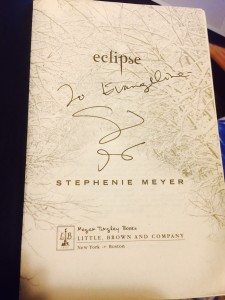 My title gave it away already, so I’m sure you know I’m talking about Anne Rice.  Her Vampire Chronicles–beginning with the iconic Interview With the Vampire–were the source of many of the tropes that my teenage self enjoyed in the books that recycled them.  Having gained a vague idea that this was true, I decided to read the first three books of the Vampire Chronicles over the summer.

I had no idea what I was getting myself into!  I had seen the movie of Interview With the Vampire years before, and enjoyed it, but that movie gave me no hint as to what the books would do to me.

To sum it up in one word: Lestat.

This guy (as portrayed by Tom Cruise in Interview With the Vampire): 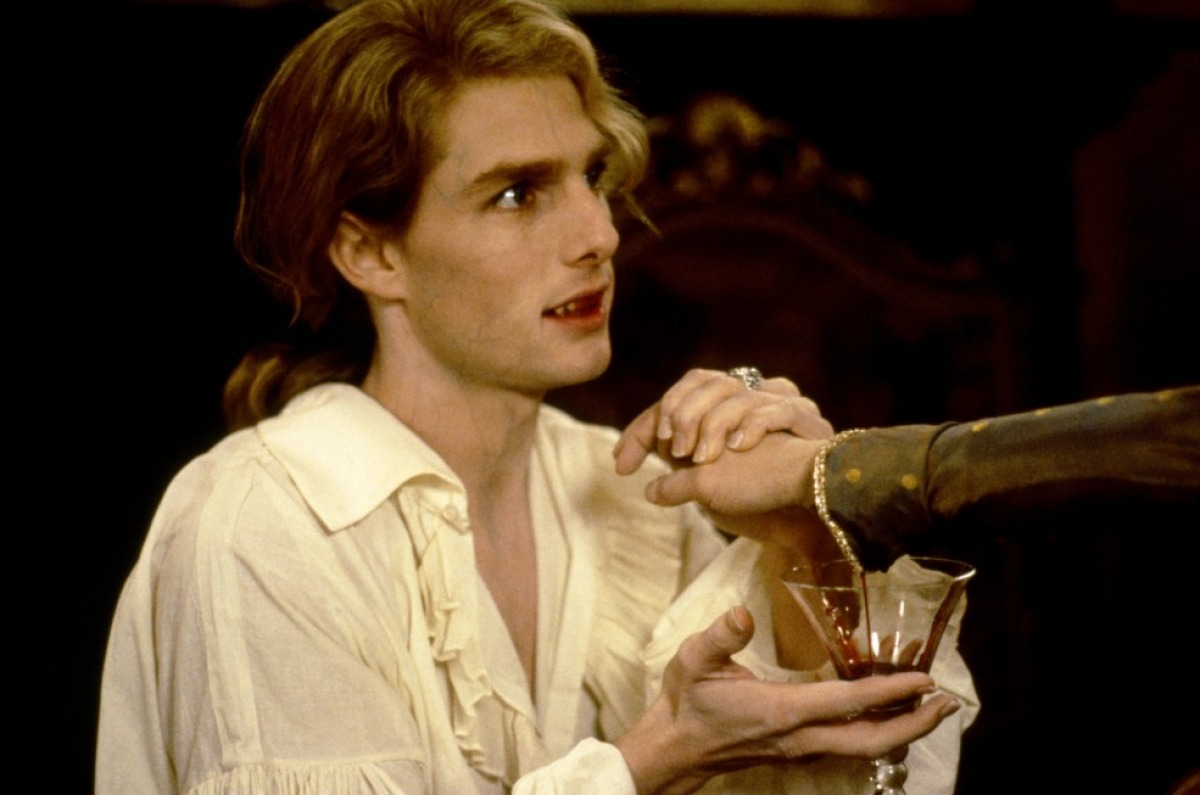 Lestat de Lioncourt, roguish and debonair eighteenth-century French vampire.  Villain of Interview With the Vampire, hero of the other Vampire Chronicles.  The fictional man who had me feeling that Twilight-like spark once again. 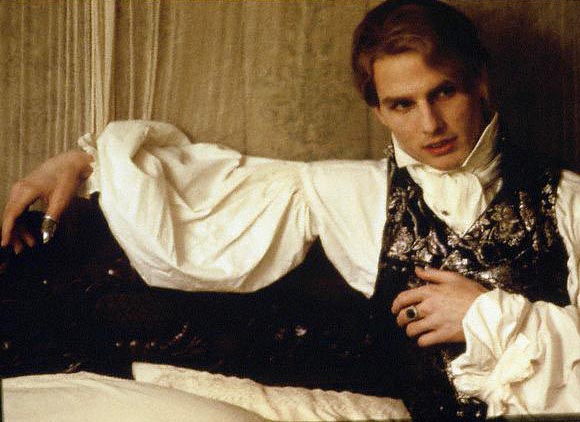 Or, as portrayed by Stuart Townsend in Queen of the Damned (yes, we’ll get to that), this guy. 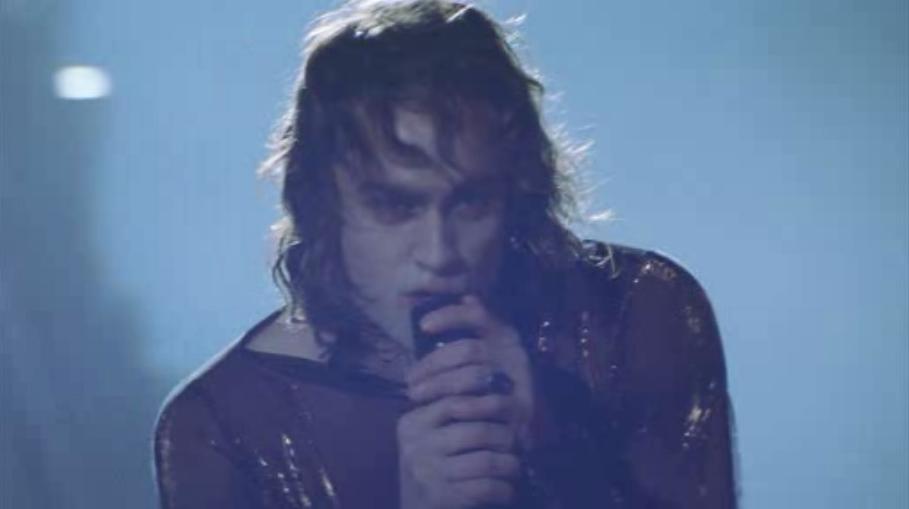 Before you leap to conclusions about the appeal, let me assure you that blonds are not my type.  Neither are Frenchmen.  But Lestat is such a glorious character! He is arrogant, savage, and cruel, but charming in that he knows himself completely and laughs about it.  Unlike his protege Louis, narrator of Interview With the Vampire, Lestat is capable of indulging in self-reflection without becoming maudlin.

He has that on Edward Cullen.

My point, really, is that the Vampire Chronicles are in touch with reality in a way the Twilight series never was.  Anne Rice doesn’t write pure fantasy–she writes fantastical extrapolation.  The concept of vampires may not be believable, but her characters react to becoming vampires in a believable way.  And the history Rice deploys to provide her characters’ backgrounds and her mythology might not please an archaeologist, but it is a coherent alternate history with a logic of its own.

Basically, it’s the Lord of the Rings of vampire series.  And yes, in this analogy, Twilight is the Eragon.

But making jokes at the expense of Twilight is really too easy.  Those books gave me what I needed in high school.  They were both an escape and the center of a community.  And I won’t say Edward Cullen was a better boyfriend to me than any of the boys in my school could have been–after all, his behaviors are noticeably abusive–but he certainly appealed to me more.

And there was the matter of fanfiction.  Before the Vampire Chronicles were even on my radar, I, an avid fifteen-year-old fanfiction guru, had heard that Anne Rice opposed fanfiction based on her work.  This was, of course, ridiculous, I would later discover, since the central character of her series is a rampantly bisexual, blond, rule-breaking rock star over 200 years old: the ultimate fanfiction bait.

Stephenie Meyer, on the other hand, encouraged fanfiction based on Twilight.  In fact, as my fifteen-year-old self would gladly have told you, the Twilight universe probably couldn’t have functioned without fanfiction.

For years, we’ve all been picking apart the mess that is Twilight: a jumble of conservative values, bad writing, and wooden characterization.  But reading and loving the Vampire Chronicles has not made me regret ever having touched Twilight.  They both have their uses.  Anne Rice’s world is complete unto itself; Stephenie Meyer’s is interactive.

And both authors were categorically failed by at least one movie adaptation of their work.