Ever wanted to find a reason to hate director/actor Peter Berg but couldn’t because you dug the critically acclaimed television show Friday Night Lights way too much? In fact, because of your love for FNL, you’ve been willing to forgive him for helming the atrocious Battleship or giving Marky Mark a chance to play ultra-patriot in Lone Survivor. Well, on Wednesday night, Berg pushed the door wide open and invited you to despise him as he let everyone know he is just another transphobic douchebag. 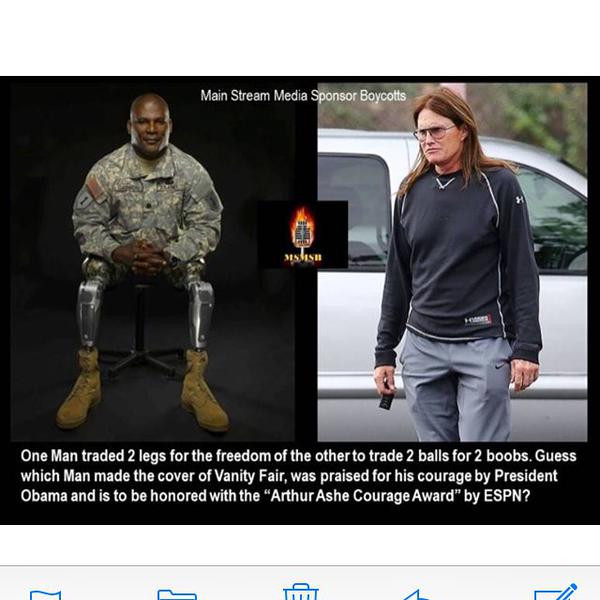 First off, let’s point out a couple things wrong with this stupid ass attempt to shame Jenner and ESPN. The ESPYs is a made-for-TV event that ESPN runs after the MLB All-Star Game to make up for the absolute lack of sports programming going on that night. The award, which they made up, is given to whoever they want to highlight that year. Jenner was a perfect candidate, especially since she became extremely famous because of sports and made headlines this year with her transition.

Also, Vanity Fair? You do realize that Vanity Fair mostly covers fashion, pop culture and entertainment, right? Why would one be upset that the mag featured Jenner on its cover instead of a wounded veteran? This isn’t a fucking zero-sum game, ya know. Same goes with Obama mentioning Jenner in a positive light. I am sure we can show instances of him honoring those who have served. So, Obama saying something nice about Jenner means he’s pissing on the troops? Gimme a fucking break with that shit!

Anyway, Berg appealed to the neckbeards and MRAs by posting the meme, but not many others. Reaction in the media was swift and harsh. Many chimed in on Twitter to give their reactions.

I think anyone who sat through Peter Berg’s Battleship deserves an Arthur Ashe Courage Award.

Let’s consider Peter Berg’s asinine comments “from the man who brought you Battleship” and not “Friday Night Lights.” SMDH

And this is when I boycott all things related to Peter Berg…… http://t.co/M4JY2ECMCs