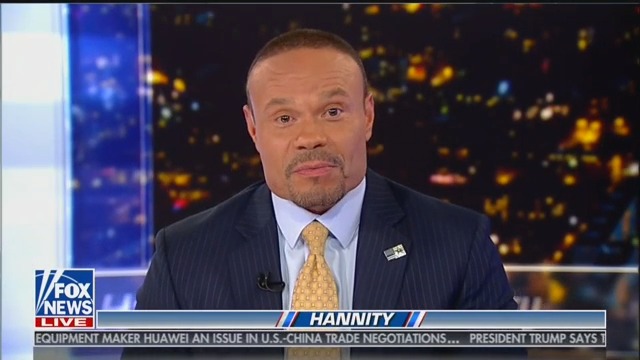 You can already hear the crowing over this.

According to Nielsen, the top-rated cable news program on Thursday was Fox News’ Hannity, which was guest hosted by pugnacious pro-Trump Fox News contributor Dan Bongino. Filling in for regular host Sean Hannity, Bongino’s turn in the host’s chair drew 3.249 million total viewers and 509,000 in the key 25-54 demographic, leading cable news in both categories.

While Hannity is currently the most-watched cable news show, the program typically sees a significant drop-off in viewership when Hannity takes the night off. In this instance, however, Bongino took to the air moments after President Trump announced that he had given Attorney General William Barr authority to declassify Russia investigation documents and directed the intelligence community to cooperate with Barr’s probe into the origins of the investigation.

Considering that Hannity’s program has been ground zero when it comes to conspiratorial Deep State ramblings and calls to “investigate the investigators” — and Bongino has been a key player in that nightly narrative — it makes sense that Fox News viewers flocked to the 9 PM show to hear how this latest news brings us one step closer to the president’s enemies being locked up.