He just came out and said it.

Complaining about the Democrats response to Brett Kavanaugh’s nomination, Bongino noted that he know he “shouldn’t say this” and that it’s “not right” but he had to get something off his chest.

“I really — in my heart I know it, but I tweeted out before I got on the show and I mean it, I’d be lying to you otherwise,” he exclaimed. “My entire life right now is about owning the libs. That’s it.”

Bongino continued, “The libs, because they have shown themselves through this Kavanaugh abomination of a process to be — I’m talking about the libs on Capitol Hill and sadly some of these radical groups — to be pure unadulterated evil what they did to this guy. You have to lose, I’m sorry. We win, you lose, the new rules are in effect.”

He finished his thought by reiterating: “My life is all about owning the libs now.”

The whole “owning the libs” thing really began as a way to mock conservatives who went out of their way to engage in petty culture war virtue signaling in an effort to enrage liberals and gain a win, even if it meant destroying merchandise you paid for. Right-wingers have since attempted to appropriate the meme in their own ironic way. Danny Bongo, however, has taken it to a whole new level.

As you may recall, Bongino filmed a video that featured him blending whole lemons while wearing a t-shirt emblazoned with “Socialist Tears” and ended with him drinking the “Don Lemon-aide” afterward, resulting in widespread mockery. I mean, just look at this photo: 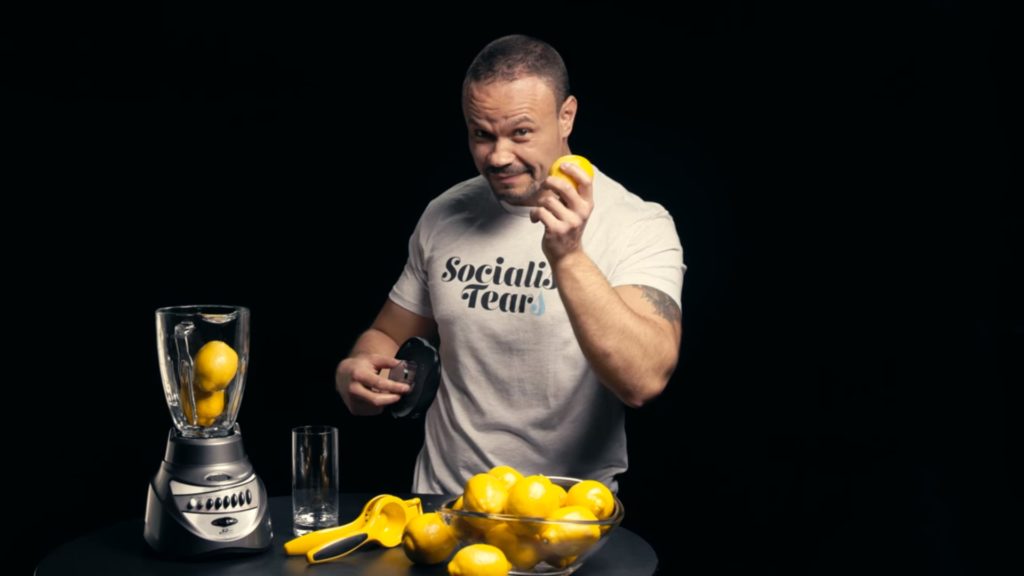 Watch the clip below, via Media Matters.