And the two didn’t disappoint.

At the top of the 12-minute segment from hell, Carlson noted that Avenatti had a request for the Fox News host.

“In the past he’s also demanded that we stop referring to him by a certain unflattering nickname,” Carlson stated. “We haven’t agreed to that demand but tonight as gesture of goodwill we will not use that nickname because we are always grateful when guests are brave enough to show up in person, including in this case.” 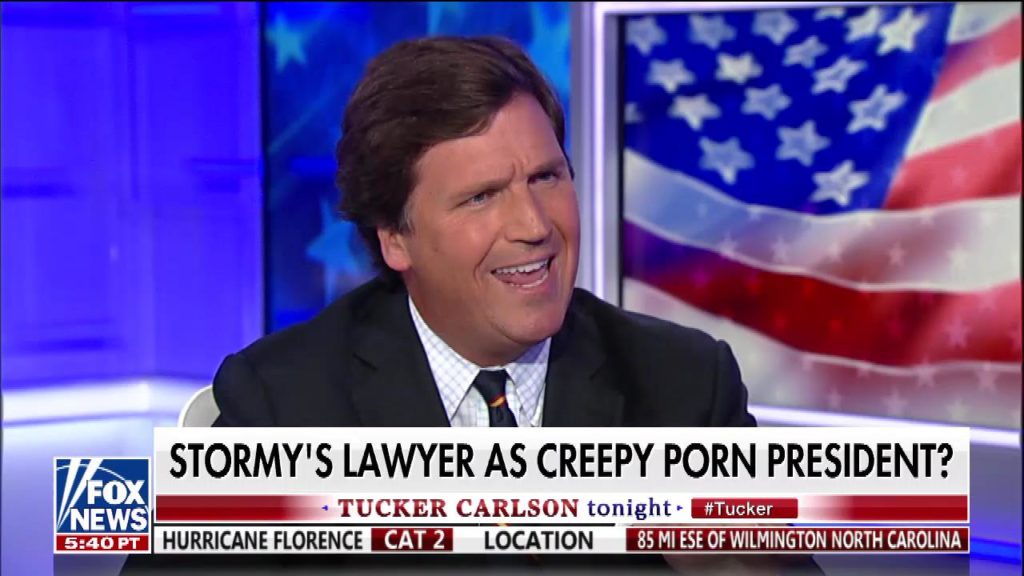 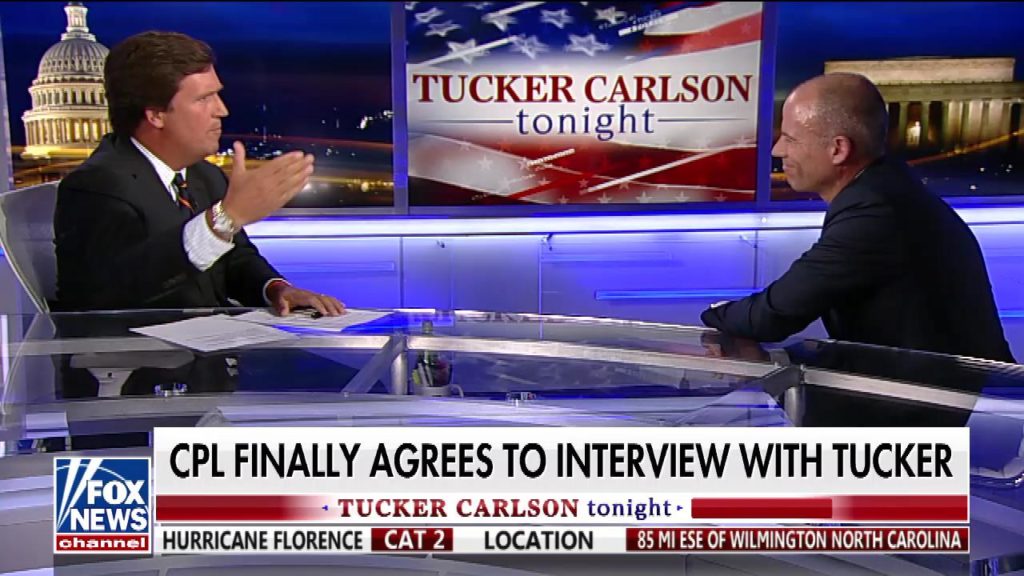 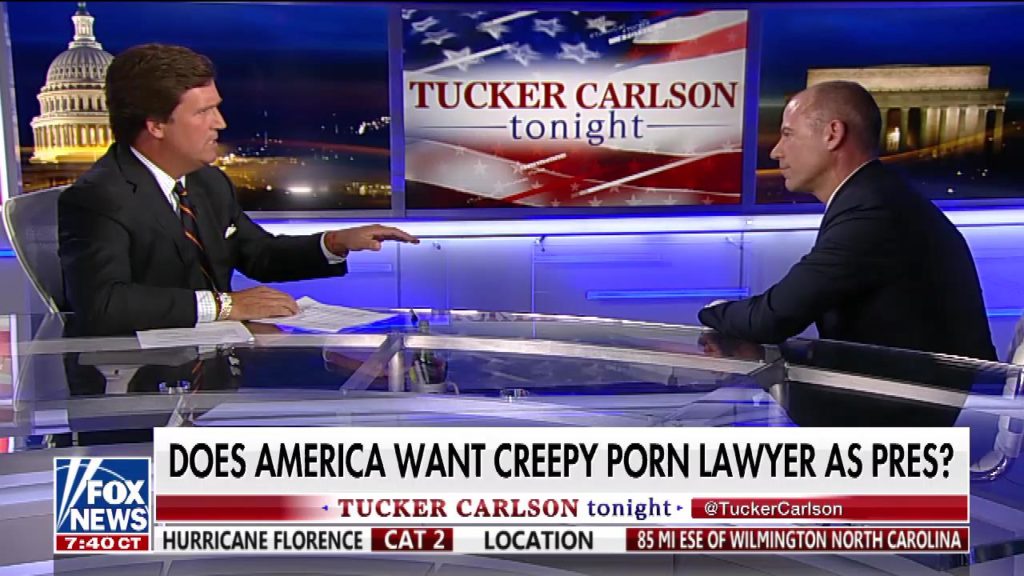 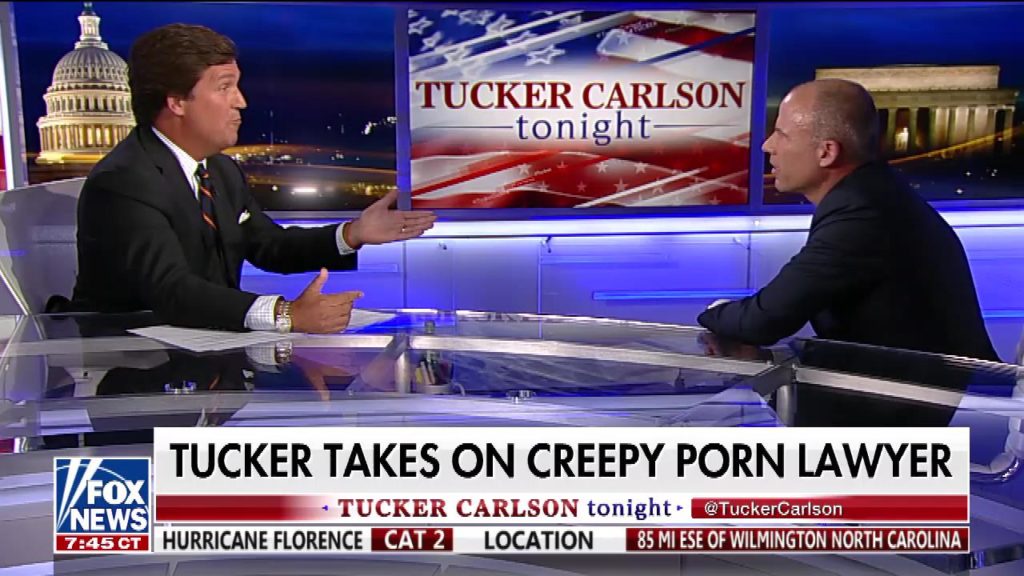 After attempting to push Avenatti to talk about his prospective presidential bid and the Russia probe — the attorney insisted he was there to talk about the Trump/Daniels case — Tucker grudgingly obliged. This resulted in him brushing off the hush payment by essentially saying Trump and Daniels had a consensual affair so Trump didn’t do anything bad to her. As for Michael Cohen pleading guilty to campaign finance violations, Tucker shrugged it off because he doesn’t think everyone who pleads guilty is actually guilty.

Towards the end of the interview, things got far more disgusting. Carlson, who counts a real-life pimp as a close friend, accused Avenatti of exploiting women because Daniels is currently dancing on a tour dancing in strip clubs. The Fox News host continued to essentially slut-shame Daniels for stripping while Avenatti called him out for repeatedly demeaning his client for the past six months.

“I’m not attacking Stormy Daniels,” Tucker said at one point. “I feel sorry for her.”

For the record, besides the porn-shaming during this interview, Carlson also agreed with Trump lawyer Rudy Giuliani that sex workers don’t deserve any respect while devoting a whole segment to childishly insulting her and her profession with guest Mark Steyn.

Just a reminder, folks — never, ever, EVER go on Tucker Carlson Tonight.

Watch the clip above, via Fox News,