For all its titular bravado, Fantastic Beasts And Where To Find Them is a bit of an overhyped swing and a miss.

In terms of beasts there aren’t many of them, and they’re not very fantastic. The CGI isn’t bad, but the beasts’ conceptualization leaves much to be desired in terms of the expected magic wonder of the Harry Potter franchise.

The CGI is much better at recreating a 1920’s New York City, albeit with familiar, England-y gloominess. The city is impressive with several wide shots of Manhattan, and it is much more entertaining than most of the characters.

Our protagonist, Newt Scamander (Eddie Redmayne), is an introverted beast collector and former student at Hogwarts, who arrives in New York after seeking out endangered magical beasts around the world to keep them in the protection of his magical suitcase. He accidentally loses some of them in New York just as the American wizarding world is at its wit’s end struggling to keep from outing themselves to the no-mag (the American phrase for “muggle”) world by an invisible magical force repeatedly blowing up buildings.

Jacob Kowalski (Dan Fogler) is a simple no-mag who, while just trying to get a bank loan to start a bakery, gets caught up in Scamander’s exploits merely because his suitcase looks just like Scamander’s suitcase. The audience is lucky for their suitcase swap because Kowalski is the most entertaining part of the film, and—to Fogler’s credit—not because the script is all that funny. He’s got an expressive face, and the film utilizes him as a kind of chubby comic relief.The other characters are largely forgettable save for Colin Farrell as aurora Percival Graves.

The antagonist is somewhat difficult to follow and understand throughout the film, with which the script is the biggest disappointment. Without a lot of dialogue, the cast of quality actors and actresses seems to compete amongst themselves over whose character is the most shy. In Sorting Hat parlance, the film’s wizards all seem to be Hufflepuffs, which isn’t exactly a personalitied recipe for an exciting new Harry Potter installment.

Props to the Harry Potter film franchise for leaving Hogwarts and even England for a new storyline and a different time period, but it’s a bit of a dud. The characters are bland except for the one non-magician, and the film doesn’t do its title justice in regards to its beasts. 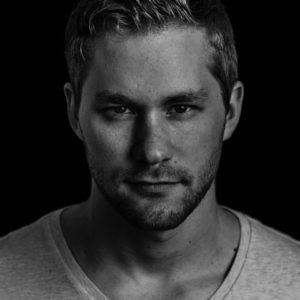