In the middle of 2015, MSNBC executives decided that they needed to change the direction and focus of the network. Instead of appealing to progressives and devoting most of its programming to Beltway politics and opinion, the channel would move towards straight news and breaking stories. Many of MSNBC’s liberal voices were given the boot or shuffled off to the weekend while the network brought on Brian Williams to anchor its breaking news desk.

Well, on Saturday evening, a major news story hit that should have garnered widespread attention by Sunday morning. Following a ‘peaceful’ protest in Oregon over the prison sentences of two ranchers who committed arson on federal land, a number of armed militiamen — including sons of notorious welfare rancher Cliven Bundy — stormed a wildlife refuge building and took it over as their own. As of this writing, they are still occupying the building and have informed law enforcement that they are willing to kill or be killed.

Considering the amount of coverage MSNBC has given actual peaceful demonstrations by unarmed protesters on behalf of racial and social justice, you’d think this story would be right up their alley, especially with their so-called new direction. Yet, as of Sunday morning, even though it was the top trending item on Twitter, the network had practically ignored the events in Oregon. While both CNN and Fox News had it as their top story on their respective websites, MSNBC didn’t even give it a mention on its site.

Below are screengrabs from 10:00 AM ET Sunday: 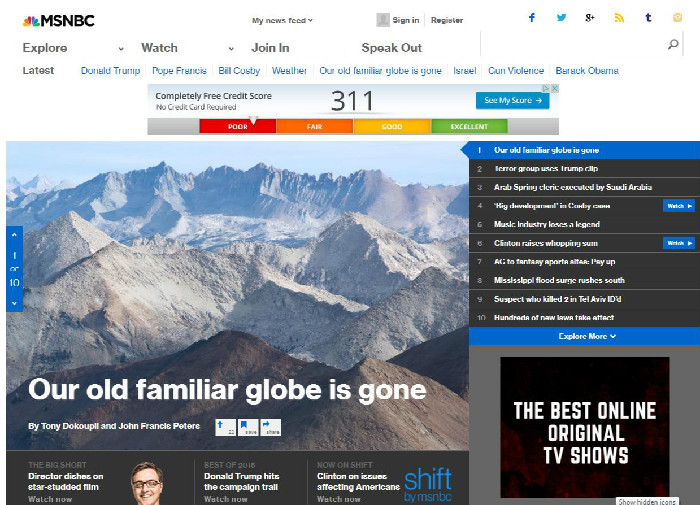 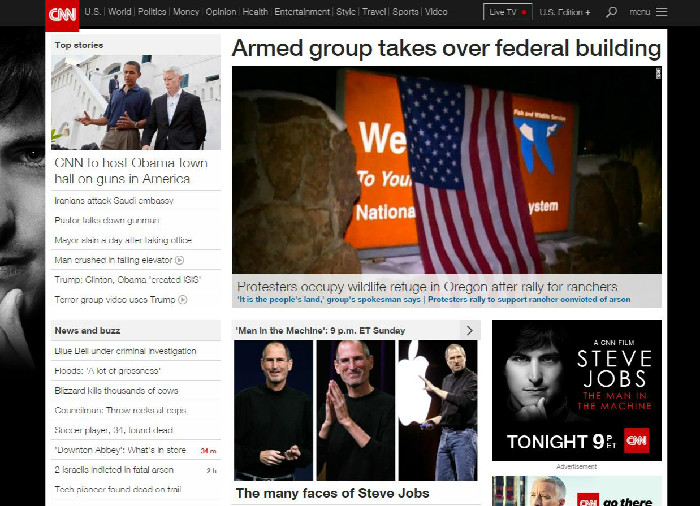 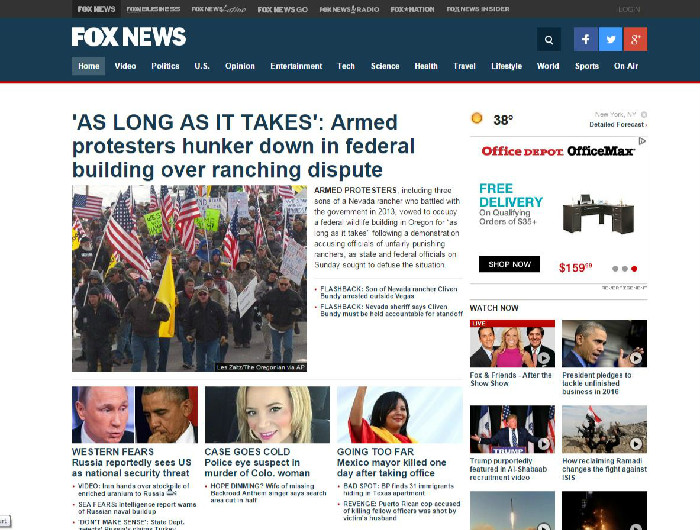 Meanwhile, during MSNBC’s Sunday morning programming, nary a short news bit or discussion was given to what normally would be considered major news. All throughout PoliticsNation w/Al Sharpton, Melissa Harris Perry (the first 40 minutes) and Up, the focus was on national politics, Bill Cosby’s upcoming trial, diversity on Twitter and voting rights, among other things. Sure, all things that should be covered, to a degree, but also stories that could take a backseat to what is currently happening in Oregon, at least for a minute or two.

The issue here is that those who tuned into MSNBC on Sunday morning (or went to its website) looking to be informed about current events were left in the dark about a potentially terrifying situation in Oregon. As many as 150 armed militia members are engaging in terrorism as we speak, and the network’s hosts and producers couldn’t be bothered to break a little from script to discuss it even a little bit. Worse yet, this is actually down their alley, for the most part.

Message to MSNBC: If you act like a third-rate network, you are going to constantly find yourself at the bottom of the pack.