Joe Scarborough: The Soviets Aren’t Going to Help Sanders in the Suburbs 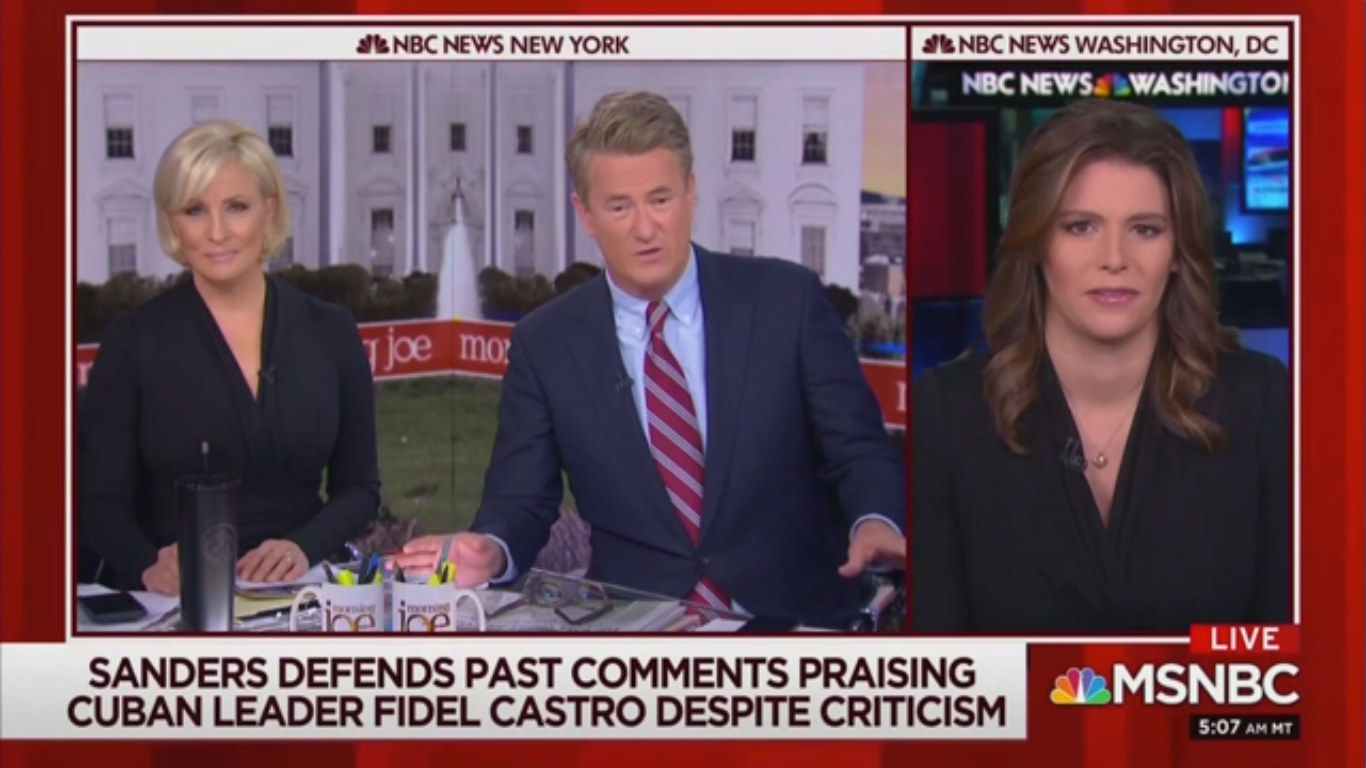 MSNBC’s Joe Scarborough continued his criticism of Senator Bernie Sanders on Wednesday for his past comments about Communist regimes. The Morning Joe host warned that defending the Soviet Union or Cuba would not win Sanders votes in crucial parts of the country.

Following some clips from Tuesday night’s debate, Scarborough launched into his analysis.

“I’m just talking politically here,” Scarborough said. “And by the way, it would be a fantastic discussion in a Princeton class but our job is to strip this down and talk about what works politically with voters and I have to say,  him going on about the positive side of the Castro regime. Just forget Florida. Gone forever.”

“The Sandinistas. Not gonna help him in California,” Scarborough said. “And the Soviets, that they have beautiful glittering chandeliers in subways, it’s not just gonna help him in the suburbs, but he continues talking about it.”

MSNBC’s Kasie Hunt went on to describe Sanders’ political beliefs as coming out of socialist revolutionary principles and agreed with Scarborough that Sanders’ positions on these issues would harm his chances of winning in crucial states.