Fox’s Steve Doocy: ‘If Reelected, Donald Trump Will Allow You to Take a Shower in Seven Seconds’ 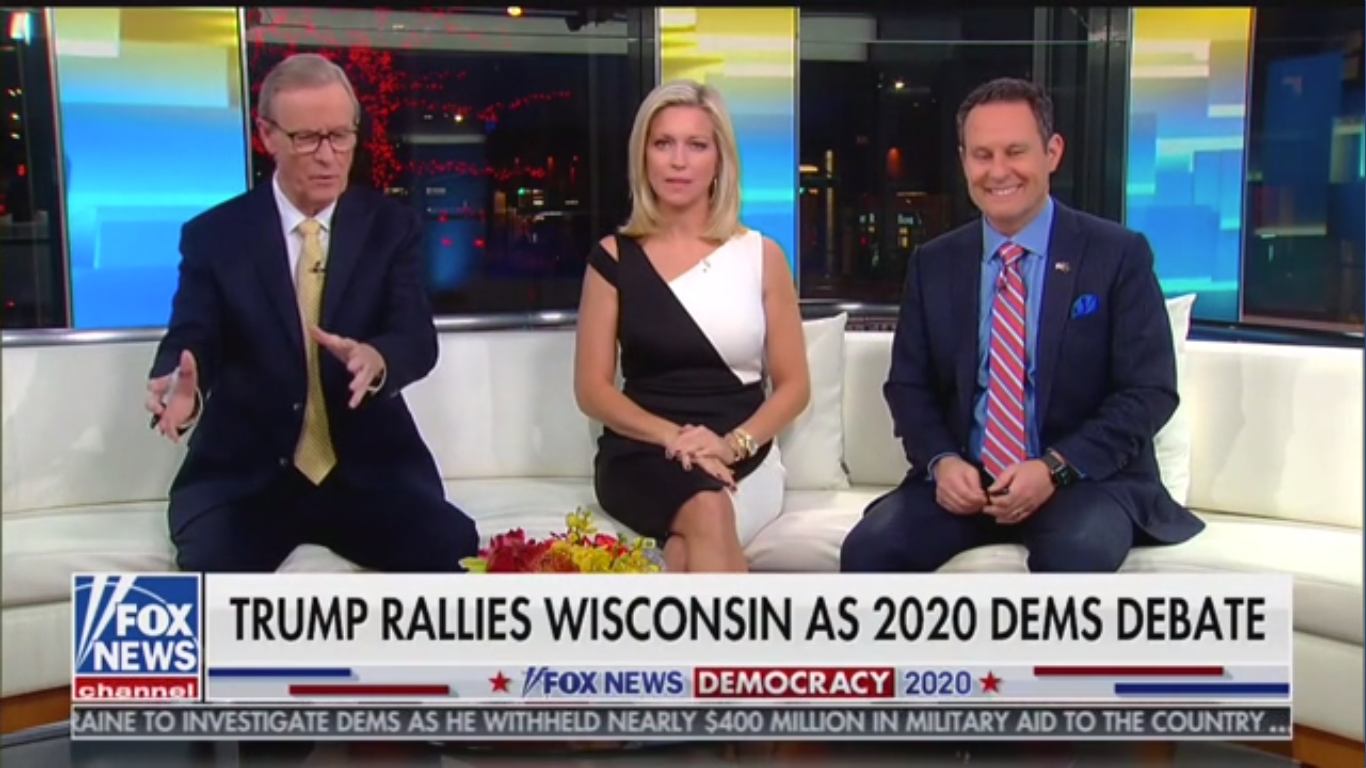 At a rally on Tuesday night, President Donald Trump once again reiterated complaints about showers, dishwashers, water pressure and lightbulbs. The President’s apparent obsession with these topics, and his claim that toilets don’t flush properly, have baffled many observers.

On Fox News, however, the urge to normalize anything and everything Trump says is still ascendant. To that end, the hosts of Fox & Friends embraced the President’s water pressure complaints on Wednesday morning. Showing a clip of Trump doing his now familiar showers routine, the hosts presented the issue as a serious matter.

“And the crowd goes wild because if reelected, Donald Trump will allow you to take a shower in seven seconds,” co-host Steve Doocy said.

“Do you think that resonates, by the way?” Brian Kilmeade asked.

“Everybody showers, everybody complains about the lightbulbs,” Doocy assured him.

Rather than being the hot button issue the Fox & Friends crew presented it as, these complaints about water pressure and lightbulbs seem to be coming from Trump himself and as yet no explanation can be found as to why he’s recently started obsessing over them.