Mulvaney: Trump ‘Still Considers Himself To Be In the Hospitality Business’ 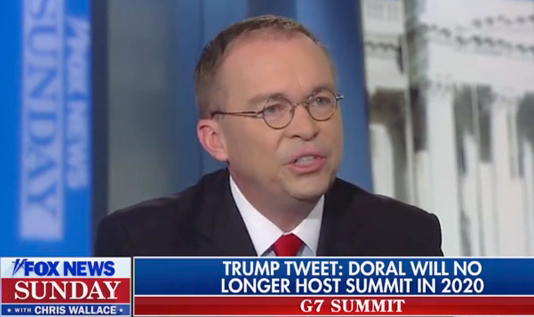 “He was honestly surprised at the level of pushback,” Mulvaney said, referring to several Republicans’ uneasiness with the idea. “At the end of the day, he still considers himself to be in the hospitality business.”

“He wanted to put on a show, he wanted to take care of folks,” he continued. “He’s in the hotel business.”

Trump walked back the plan Saturday night amid accusations of self-dealing, although he chose to blame Democrats and the media instead.