Laura Ingraham Blames Mick Mulvaney’s Disastrous Presser on Him Not Being a Lawyer (Except He Is!) 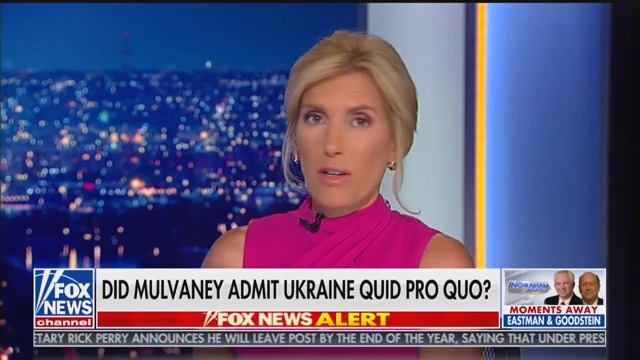 There’s just one little problem with Ingraham’s theory: Mulvaney IS a lawyer.

“Look, I got to say, we’re all lawyers here,” she stated. “There’s a reason [Attorney General] Bill Barr doesn’t do a lot of press conferences, but he would know how to answer those questions. I’m not piling on Mulvaney, I don’t want to do that. I don’t think that’s helpful.”

Read the rest of the piece at the Daily Beast.