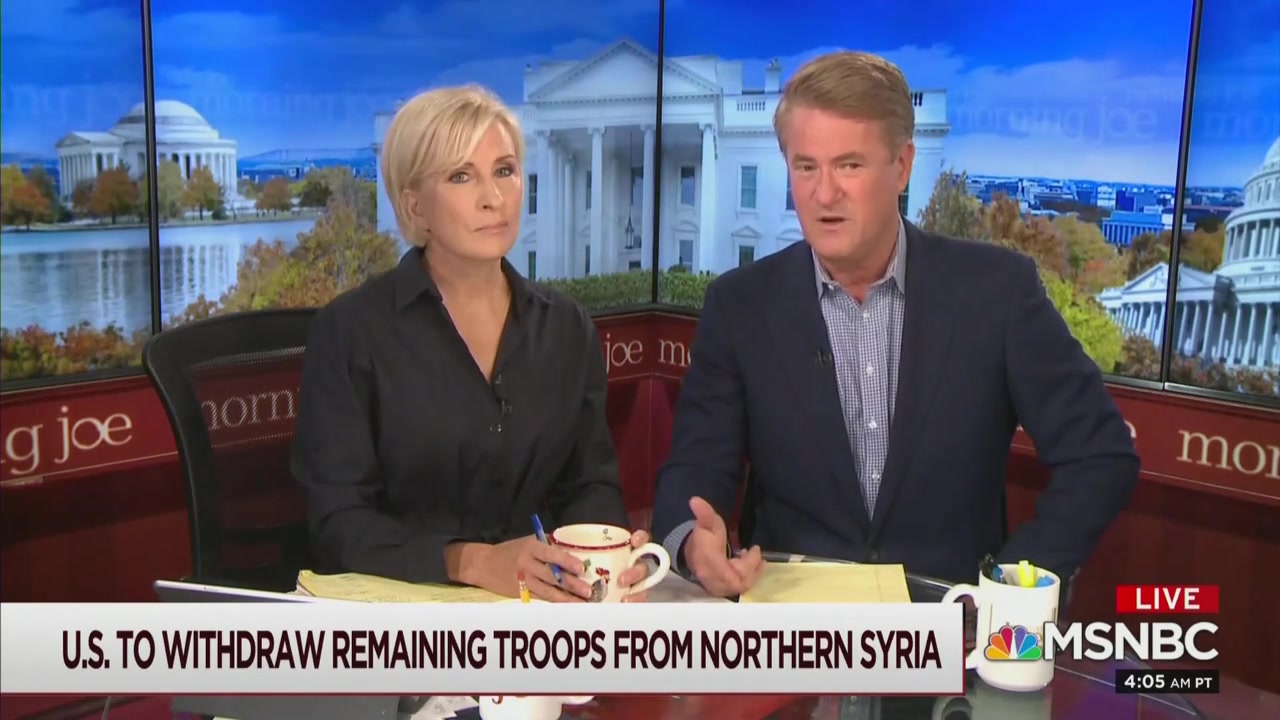 “Why is Donald Trump behaving the way he is towards Saudi Arabia when the rest of the world is deeply offended by what happened last year with the murder of a Washington Post columnist? Because Donald Trump bragged on the campaign trail that the Saudis love his quote, ‘toys’ and paid him $150 million, paid his businesses in the past.”

“You look at Russia. I mean, we don’t know all that Vladimir Putin has on Donald Trump, but we do know this: that Don Jr. said several years ago at a real estate conference that they get most of their money from Russians. Istanbul, you’ve seen the picture of Ivanka Trump and Donald Trump going and opening up Trump Towers in Istanbul.”

“They had a news conference,” co-host Mika Brzezinski said. ” They celebrate being there and it’s clearly in their business interests to be there.”

Scarborough and Brzezinski speculated that Trump’s business interests were a driving force behind his foreign policy.

“There’s a lot of money in these areas he seems to be catering to but with Russia there seems to be a dedication,” Brzezinski said. “And at this point people are surmising, their connecting the dots, they’re seeing the obvious. And in’t it kind of alarming that Russia has such a hold on President Trump that ultimately might be a question that we’re addressing?”