John Oliver On Trump: ‘When the President Does It, It Has to Be Illegal’ 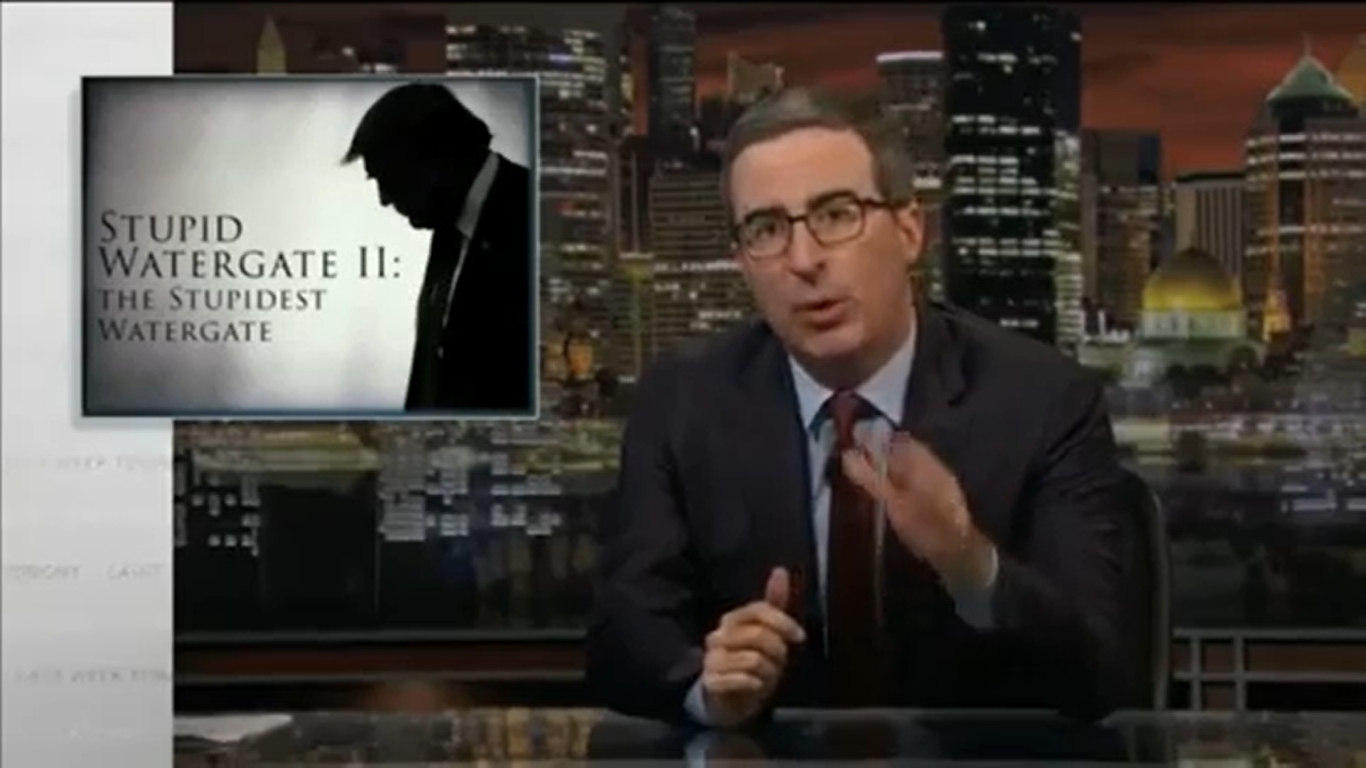 “This week saw Trump desperately try to shift the narrative away from the allegations surrounding him to conspiracies surrounding the Biden family—although in doing so, he hit some ridiculous roadblocks,” Oliver said.

Oliver explained that Twitter had taken down a video of a Nickelback song that Trump had tweeted. The video had been altered to attack Biden and his son, Hunter.

“It’s true: Twitter removed one of the president’s memes because Nickelback complained. And that’s a sentence that somehow suggests the news is now being written by an algorithm designed to generate random shittiness,” Oliver said.

Oliver then moved on to the now infamous footage of the President on the White House lawn openly calling on China and Ukraine to investigate the Bidens.

“Holy shit! So instead of denying that he privately solicited dirt from a foreign power he publicly did it, and then asked another foreign power to get involved too, which is just making it worse,” he said.

“It is bad enough that Trump seems fixated on a right-wing conspiracy theory about the Bidens, but what makes it far worse is the extent to which he has abused the power of the presidency to pursue that belief.”

“He’s the president. He has real power, and when he abuses it to keep himself in power, that’s a big problem,” Oliver went on.

“This is a case where, when the president does it, it has to be illegal—and for good reason, because unfortunately, not every foreign government will be as brave and willing to stand up to Trump as fucking Nickelback.”

You can watch the video here.