FLASHBACK: Trump Promised to ‘Devastate Turkey Economically if They Hit Kurds’ in January 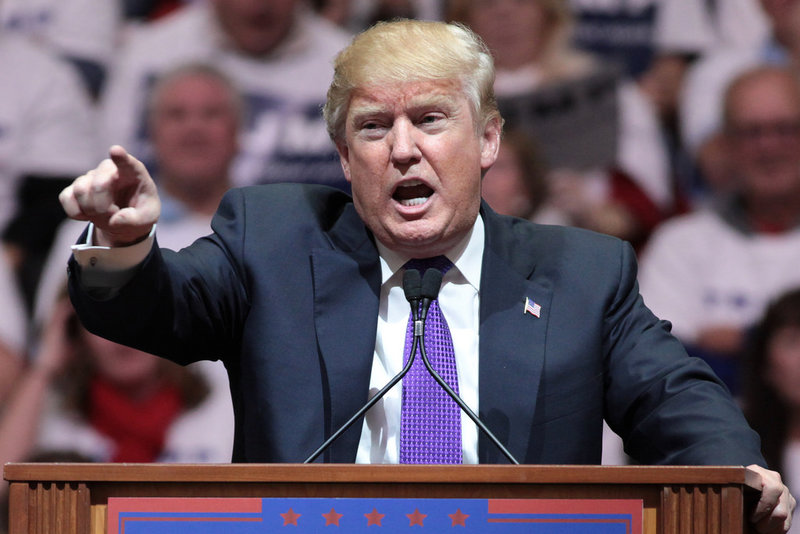 Criticism has poured in for President Donald Trump following the announcement that he will withdraw U.S. troops from Northern Syria and allow a Turkish invasion of the region. There are serious concerns that Turkey will move to devastate the Kurdish people, who have been instrumental in the defeat of the ISIS caliphate.

In January this year, President Trump sent a tweet on this exact topic. Discussing pulling troops from Syria, Trump offered a caveat: he would not allow Turkey to attack the Kurds and warned of grave consequences if they did.

“Starting the long overdue pullout from Syria while hitting the little remaining ISIS territorial caliphate hard, and from many directions,” Trump tweeted.

“Will attack again from existing nearby base if it reforms. Will devastate Turkey economically if they hit Kurds.”

Starting the long overdue pullout from Syria while hitting the little remaining ISIS territorial caliphate hard, and from many directions. Will attack again from existing nearby base if it reforms. Will devastate Turkey economically if they hit Kurds. Create 20 mile safe zone….

The tweet appears to be the first of a pair. In the second tweet, sent some 9 minutes later, Trump warns the Kurds that they should do nothing that might provoke Turkey.

“Stop the ENDLESS WARS!” Trump wrote at the time, repeating a position he’s held since the 2016 election.

….Likewise, do not want the Kurds to provoke Turkey. Russia, Iran and Syria have been the biggest beneficiaries of the long term U.S. policy of destroying ISIS in Syria – natural enemies. We also benefit but it is now time to bring our troops back home. Stop the ENDLESS WARS!

The withdrawal of U.S. troops from the region has clearly been on the President’s mind for some time. But as a policy, it has been widely condemned and seems incoherent. There are very legitimate concerns that Turkey will commit an act of genocide against the Kurds.

However, Turkey is a member of NATO and a key U.S. ally. This makes it practically impossible for the U.S. to take military action against Turkey if they move against the Kurds. Trump’s threat to ‘devastate Turkey economically’ would face similar obstacles.

The presence of U.S. troops in Northern Syria may be the only thing that prevents Turkey attacking the Kurds, as several of the President’s usually loyal conservative allies have pointed out.

President Trump sent two tweets on Monday essentially repeating his tweets from January. Once again, he threatened to ‘devastate’ the Turkish economy and bizarrely claimed he had done so before. However, he did not define what would be ‘off limits’ in his ‘great and unmatched wisdom.’

As I have stated strongly before, and just to reiterate, if Turkey does anything that I, in my great and unmatched wisdom, consider to be off limits, I will totally destroy and obliterate the Economy of Turkey (I’ve done before!). They must, with Europe and others, watch over…

Trump’s tone in these tweets may make it more difficult for him to reverse the decision later. He also doubled down on his claim that countries in the region needed to do more, though avoided references to his critics on the issue.

….the captured ISIS fighters and families. The U.S. has done far more than anyone could have ever expected, including the capture of 100% of the ISIS Caliphate. It is time now for others in the region, some of great wealth, to protect their own territory. THE USA IS GREAT!