The Dangers Of Twenty-Six Letters: The Cost Of Journalism In The Trump Era

The goal of writing, of journalism, has always been to provoke and evoke thought. The Washington Post even boasts its current motto as ‘Democracy dies in darkness.’ Almost seven days ago this week, there was a mass shooting in Annapolis, Maryland at a long-standing newspaper, The Capital Gazette. The shooter was identified as Jarrod Ramos, who had sued the publication for defamation of character in 2012. In a letter he detailed the objective was to ‘kill every person present.’ Instead of the entire staff succumbing to his rage, there were only five who were killed.

At present, the nation is aware the executive branch of the United States government is not in favor of accountability, questioning of motives, and thinks the truth is malleable clay to be spun or shaped. We know the current president has called the media and free press the enemy of the nation. He has called this institution which has grown along with the nation — essential to this idea of republic or democracy — ‘fake news’. Even at his rallies, there were those who called the free press by its German counterpart which translates to ‘lying press.’

With the unfavorable light and shadow cast by Dana Loesch of the NRA whom too has voiced her distaste for the free press, to the point she was confronted with videotape of her saying this on social media, and the political irritant of Milo Yiannopoulos whom days before said he “couldn’t wait until people started gunning journalists down.” He has now explained this was ‘a joke.’

At the onset of this latest tragedy, the current president would not put the flags at half-staff for this tragedy. One can only surmise the reasoning for this. However, in lieu of a semblance of decency, the need for ‘thoughts and prayers’ to be sent, the request was granted the Tuesday following the tragedy: the initial request made by Annapolis’s mayor, Gavin Buckley, was denied.

“To know who rules over you, simply find out who you are not allowed to criticize.”

In the wake of this current mass shooting, it only serves as a reminder for the need of a free unbiased press. The United States of America is a republic which has thrived and needed the media to hold the ruling government accountable. The media, powered by journalistic integrity, allows the government to be recorded, warned and reminded of what is, what are the concerns of the greater public. That cannot stop because there are those in power who desire to have motives, behaviors and their motivations unobstructed by questions or truth.

Although, we cannot excuse the behavior of one man for what are summed to be his own actions, those of us who have been paying attention know this type of terrorism is condoned by those of an opposing viewpoint–in irony, using their own media outlets to convey this message. The fact this happened in a social climate of open hostility towards the media, the free press or any journalist.

However, one cannot help but wonder what this means for the free press going forward. If three months prior, the Director of Homeland Security, Kirstjen Nielsen, can compile lists of journalists and ‘media influencers,’ it is visible to all those participating in the Fourth Estate this veiled threat. It is always easier to do nothing, but Edmund Burke discourages that: “All it takes for evil to prosper is for good men to sit and do nothing.”

The media, the free press, are the mechanisms which allow this nation to have discourse, exchange ideas, and to have public memory transform into history. That mission, that charge cannot stop because someone does not like it. This is where the nation lies, and the crossroads all those who participate in its integrity and power must now consider. No one goes into any profession related to the media believing they will need combat training. It is now a logical assertion for those who had to report to work at The Capital Gazette to reconsider what their job will indeed call for.

For want of conveying truth to power, the mastery of the mere twenty-six letters of the English alphabet, in the era where the president is an internet troll, not only must you identify what is fact or farce, but who is a troll and who is serious about their verbally conveyed intent! Being dismayed is not an option, there is too much at stake. The converging forces of gun control, mental health, hostility towards the press, and governmental accountability have committed an assault on the media–with the intent of subduing it. We cannot yield–someone must tell what occurred, and not be afraid to say the unabridged version of that truth.

Indeed, democracy dies in darkness… as do the uninformed. 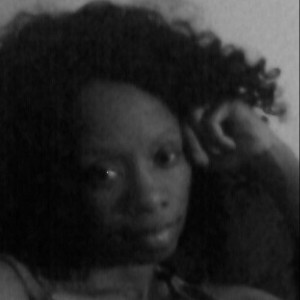 Jennifer P. Harris is a lifelong St. Louis, Missouri resident, married mother of two, and founder of the blog The Ideal Firestarter (http://theidealfirestarter.com) since December 2016. She is a freelance writer, and contributor to the blog Write To Life. She is an independent author of several books available on Amazon, including the poetry series Love Songs Of the Unrequited, and her newest release, Writelife.