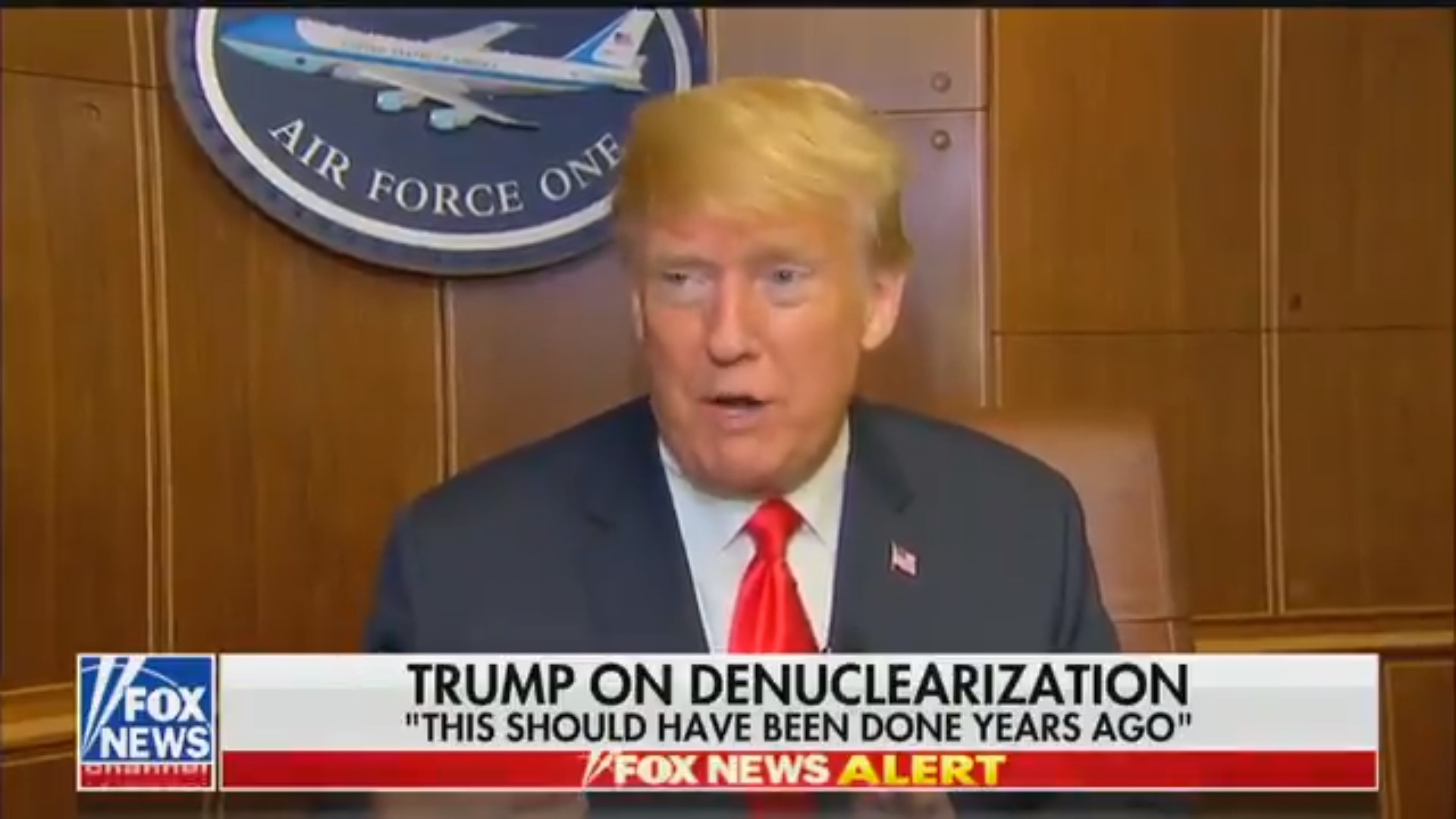 During and immediately following the historic Singapore summit between President Trump and North Korean dictator Kim Jong Un, Trump raised eyebrows and dropped jaws by slathering Kim with praise. He called the Hermit Kingdom leader “very talented,” noted how “smart” and “funny” he is, and brushed aside Kim’s murderous and brutal treatment of his people, all while saying the two men share a “special bond.”

During his interview with Fox News’ Bret Baier, the president was pressed by Baier about Kim’s horrid record on human rights. And he responded by tossing out some good old-fashioned whataboutism.

After the president told Baier that he and Kim enjoy a “very good relationship,” the Fox News anchor brought up Trump’s previous dodges on Kim’s human rights abuses and how the president has fawned over Kim.

“He is a killer,” Baier noted. “I mean, he’s clearly executing people.”

And out came the excuse-making.

“He is a tough guy,” the president stated. “Hey, when you take over a country, tough country, with tough people and you take it over from your father. I don’t care who you are, what you are. How much of an advantage you have. If you can do that at 27 years old you, I mean, that’s one in 10,000 that could do that. So he is a very smart guy. He is a great negotiator, but I think we understand each other.”

Baier interjected, pointing out that Kim has “done some really bad things.” If you saw the 2017 Super Bowl interview with Bill O’Reilly, or his comments post-Charlottesville, you know where this is going.

“Yeah, but so have a lot of other people done some really bad things,” POTUS exclaimed. “I mean, I can go through a lot of nations where a lot of bad things were done.”

The president wrapped that up by saying he is only starting from 9- days ago with Kim before bragging about how awesome the agreement is that the two men signed.