It has been roughly a year since Tucker Carlson’s Fox News show took over the 8 PM slot From The O’Reilly Factor after Fox had to finally get rid of Bill O’Reilly because advertisers didn’t want their commercials on a serial sexual harasser’s show. And In this past year, and pretty much since first getting his own Fox program in November 2016, Tucker has been one of the highest-rated cable news programs on the air, generally bringing in around three million viewers a night.

But while the viewership for Tucker Carlson Tonight is high in the cable news world, it still only represents a small percentage of the US viewing audience. Therefore, much of the nation hasn’t been exposed to Tucker’s unique brand of punditry and commentary. With that in mind, we here at Contemptor have decided to do a public service and provide you, the reader, a handy guide for watching Tucker Carlson.

As a beginning viewer, you need to be prepared for the Tucker Face. Several times a show, typically when he has on some no-name Democratic operative, local politician or liberal writer who is saying something Tucker finds confusing, he starts tossing out his own version of Blue Steel. 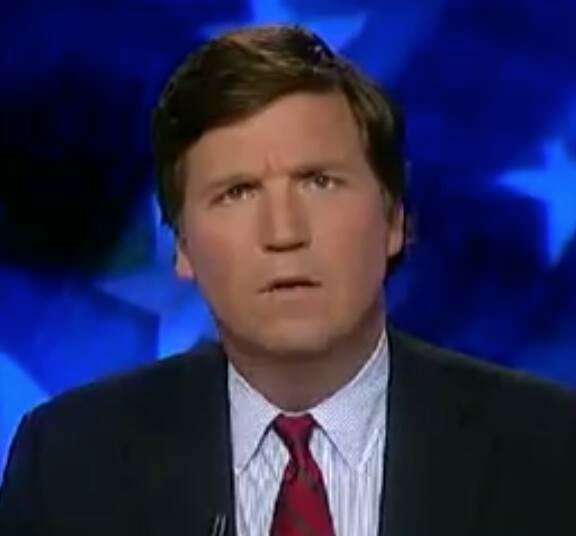 Besides giving us his best impression of a perplexed dog, Tucker will tend to provide the following faces, usually at least once a broadcast: You’re An Idiot, Mocking Laughter, I’m Being A Serious Journalist and Mark Steyn Is HI-LAR-I-OUS. (More on Steyn later).

Here’s the thing. Tucker won’t ever cop to being a white nationalist. In fact, if you call him out for pushing an ethno-nationalist agenda, he will label you a “coward” while claiming it is “imprecise” to say he’s a racist. But make no mistake, when you tune into Tucker, you’ll feel like you’ve flipped on Stormfront’s White Power Hour.

Where to start on this. Well, how about the time he brought on the founder of Gab, the social media “haven of white nationalists,” and not only allowed the guy to promote his trash site — under the guise of free speech, natch — but Carlson encouraged his audience to check it out. There’s also the recent segment in which he likened affirmative action in colleges to Jim Crow (a fave comparison of his.). We’ve also seen him call Mexico a “hostile country” over illegal immigration and military action was needed at the border. And let us not forget his freakout over demographic changes in America, warning his almost entirely white audience that America is becoming too brown.

I mean, there’s a reason why white supremacists go gaga for Tucker.

With a few exceptions, Tucker’s interview guests generally fall into three categories: his regulars (we’ll get to them in a minute), like-minded individuals whose causes he wants to promote, and no-names he brings on specifically to beat up and smirk at.  Be it a HuffPost contributor or a local politician or a North Korea-sympathizing tankie or an anti-Trump witch, you can generally count on a nightly segment devoted to Carlson owning some nobody, complete with the aforementioned Tucker Face and sneering sendoff.

There is apparently no one Tucker loves more, or thinks is smarter and wittier, than conservative commentator and ‘I Tawt I Taw a Puddy Tat’ artiste Mark Steyn. While Carlson has his share of favorite guests — Dem-hating lefty journalist Glenn Greenwald and far-right Islamophobe Katie Hopkins come to mind — nary a broadcast goes by when we don’t get Steyn and Tucker broing out (sometimes twice in a night).

It’s been in the Steyn segments, meanwhile, that Tucker’s program has had its most overtly racist moments. In one instance, Steyn — a Canadian citizen with an upper-crust British accent — expressed concern over the number of Hispanic children currently residing in Arizona, complaining that the United States’ “border has moved north,” essentially equating being American to being white. During another Tucker discussion, Steyn praised a novel on white genocide — a conspiracy theory popular among white supremacists — in order to make a point about immigration and multiculturalism.

This is the light-hearted portion of Tucker’s hourlong rage-a-thon. Once a week, Carlson brings on a couple of Fox Newsers to compete in a quiz show centered on the week’s news stories.

And that’s it. But it is a regular segment, so the novice Tucker viewer needs to be aware.

While most of Fox’s opinion hosts and contributors are over-the-top when it comes to cheerleading for Trump, Carlson takes a different stance. With Tucker expressing certain views that conflict a bit with the Trump administration and agenda, the Fox News host tends to take the posture of criticizing those who are critical of the president rather than defend Trump’s actions or comments.

Now, on occasion, you’ll see Tucker take some direct shots at the president — take his anger over Trump’s brief foray into a bipartisan immigration solution — but it usually doesn’t last long. He’s always back the next night railing against the president’s critics, which takes us to…

With the possible exception of Sean Hannity, no nightly anchor or host spends as much time whining about the rest of the media as Tucker Carlson. While continually observing that the media landscape is full of stupid people, Tucker loves to take aim at Fox News’ cable news competitors. Whether it’s labeling CNN president Jeff Zucker a “foreign agent,” mocking an MSNBC host for thinking a loud pop was a gunshot, complaining about CNN being aired at airports or ridiculing CNN’s Chris Cuomo for his social media posts, you can be confident when you tune in you’ll bet some good old fashioned media bashing.

Of course, with all that trashing of his competition, Tucker has occasionally gotten ahead of himself and has been forced to acknowledge that he was pushing some grade-A bullshit, like the time he had to admit Parkland student Colton Haab’s family faked emails in an effort to prove CNN gave Haab a scripted question at a town hall after helping push that narrative on his program.

While Tucker insists he’s spent his entire life “not becoming a conspiracy-minded nut,” and he’s constantly railed that the whole Russia probe is nothing but a fairy tale spun by pissed-off liberals, Carlson loves to spread his own brand of skepticism and conspiracy theories. He helped push the (since debunked) narrative that CNN scripted questions for attendees of the Parkland shooting town hall forum. The Fox News host has not only suggested Syrian President Bashar al-Assad isn’t responsible for the chemical weapons attacks on his own people but doesn’t seem all that convinced the attacks even happened. And let’s not forget his role in spreading conspiracy theories around the Las Vegas massacre, leading to a GOP congressman claiming on Tucker’s show that ISIS was involved. 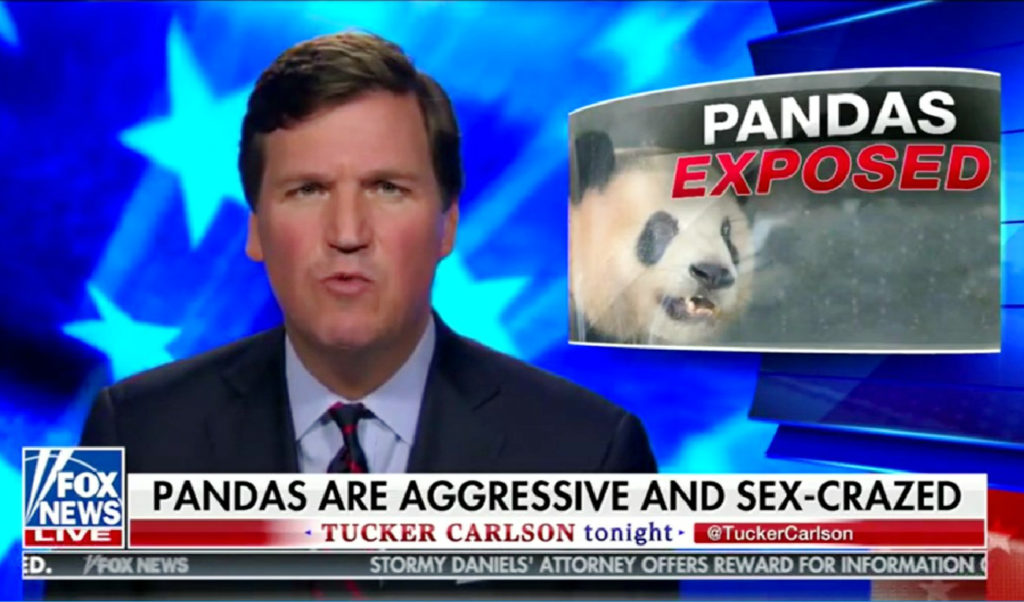 And there you go, folks. A beginner’s guide to watching Tucker Carlson. Happy viewing!