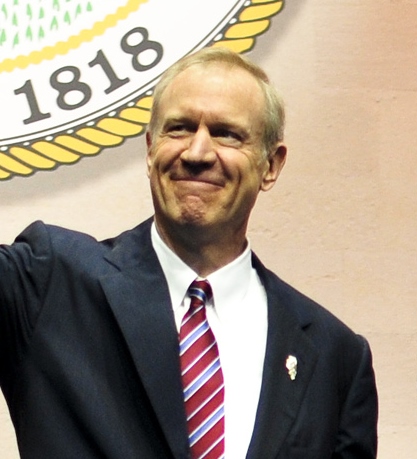 Earlier this month, Morning Consult published the results of a survey entitled America’s Most & Least Popular Governors. The poll queried 85,000 American voters, asking them to share a range of opinions regarding their states’ leadership. It’s a most enlightening, and not altogether surprising read.

Chris Christie generated a fair amount of late night talk show chortling and snide punditry for his dubious placement on the list. The one-time rising GOP star is officially the most unpopular Governor in the land. Just 25 percent of respondents believe Christie is doing a decent job of running New Jersey. New York Times columnist Gail Collins said it best:

“On the list of things the voters dislike, it appears, [everything] takes a back seat to running around the country behaving like Donald Trump’s spaniel.”

At a uniquely divisive moment in American politics, at least voters at both ends of the spectrum agree that Christie is a Bridgegate lying, tunnel cancelling trainwreck. However, as a deeply interested observer and resident of Illinois, I was a little chagrined to read about the changing fortunes of our state’s own Governor, Republican Bruce Rauner.

Although Rauner is safely within the Top 10 least favorites, coming in at number eight, Morning Consult observes:

“Rauner has improved his standing in traditionally blue Illinois. Forty-two percent of Illinoisans now approve of Rauner, up from 33 percent in September [2016], while his disapproval rating has dropped from 56 percent to 49 percent over the same time period.”

There is no earthly reason for this Land of Lincoln uptick in Rauner acceptability. In June of 2016, George Mason University’s Mercatus Center published Ranking the States by Fiscal Condition. On this list as well, Illinois finished near last: “Kentucky, Illinois, New Jersey, Massachusetts, and Connecticut rank in the bottom five states, largely owing to the low amounts of cash they have on hand and their large debt obligations.”

Illinois has no budget. Our state has entered year three of Rauner’s fiscal chicken game with taxpayer funds. Allegedly, the tough love stance supports a “business-friendly” agenda that just happens to include a list of modern Republican Party favorites: deregulation, eviscerating worker protections and tax cuts. Yet the stubborn approach is a demonstrable failure that’s driven away corporations and residents alike. A January report from Chicago Business Journal woefully observes, “[In 2016] Illinois ranked third among all states in terms of the most outbound moves. Yes, that would be moves out of the state.”

More tellingly, “60 percent of moves in Illinois were among people headed out of a state wracked by billions in unpaid bills, no approved state budget, a sluggish employment environment and, in the case of Chicago, soaring crime rates.”

But what about those most valued people of all? You know, the corporations? I’ll let this Huffington Post headline do the talking: Is Governor Rauner Deliberately Trying to Turn Illinois Into a Third World Economy?

While a majority of Illinois voters still disapprove of Rauner’s job performance according to the Morning Consult data (49 percent versus 42 who positively rate the Governor), I have to wonder at his recent climb. Certainly there’s stiff competition out there for the “honor” of being chosen the nation’s worst state leader. In addition to the politically toxic Christie, there’s Kansas Governor Sam Brownback (who’s starve the state approach bears remarkable resemblance to Rauner’s agenda), Michigan’s Chief Lead Poisoner Rick Snyder and Maine’s unhinged Paul LePage. I would point out that there’s but one Democrat involved in this top 10 race to the bottom (Connecticut’s Dan Malloy), but the victory is hallowed by the fact that there’s only 16 blue Governors in the country, total. Man, we need to fix that. But I digress…

With good reason, I and many of my fellow Illinoisans loathe Bruce Rauner. Because the real damage his leadership in inflicting on our economy, people and reputation is not an exercise in abstract number crunching. I’m an adjunct instructor at Northeastern Illinois University and this term, administrators were forced to close campus entirely over spring break, as well as cancel three days of classes because of the state’s budget impasse. NEIU’s Interim President Richard J. Helldobler had this to say of the decision:

“Springfield must understand that the lack of funding for higher education is having a negative and permanent impact, specifically on disadvantaged populations in the state. College access is critical for those who seek higher-paying jobs that contribute to a strong economy.”

Oh I believe Governor Rauner understands exactly who he’s hurting the most. Nearly 65 percent of the school’s student body identifies as non-Caucasian. And 56 percent of those beautifully diverse faces are female.

Last night was the first session of final project presentations in my 300-level English class. I asked students to create an integrated marketing campaign around a passion project or potential future career endeavor. One of my best pupils, a talented young lady named Valerie, presented a coordinated strategy for unseating the ignorant, unqualified personification of rich, white male privilege that occupies the Governor’s mansion in Springfield. I loved her informed spirit and energy. I hated the genuine, fearful tears she shed over the University’s – and potentially her own – grim future if Rauner doesn’t provide funding for the state’s higher education. Quickly.

So I guess bottom line, poll schmolls. Chris Christie sucks of course, as do the other jamokes that populate Morning Consult’s list of least favorite Governors. But I have a front row seat for helplessly viewing the pain and hardship Illinois’ Bruce Rauner inflicts on his youngest, brightest and most promising constituents everyday. Any leader who doesn’t view investment in them as “business-friendly” doesn’t understand growth at all.