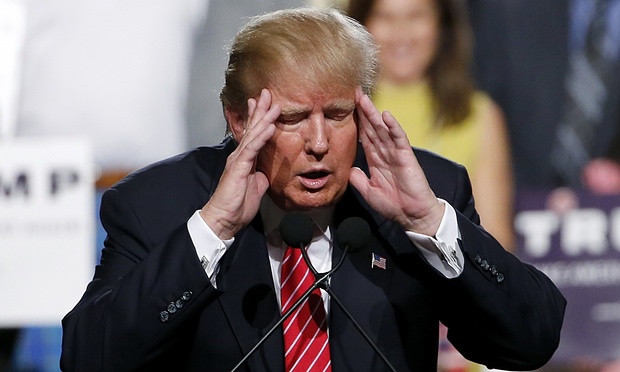 Well, considering his entire campaign is built on xenophobia, racism and just flat old bigotry, Republican Presidential candidate Donald Trump’s flub on Tuesday will be seen sympathetically by his supporters.

Speaking to a crowd in South Carolina, the celebrity billionaire was attempting to slam GOP opponent Ted Cruz regarding the Texas Senator’s dirty tricks in Iowa. In case you forgot, Cruz’s campaign spread rumors that Ben Carson was dropping out of the race on the eve of the caucuses, based on a story from CNN stating that Carson was heading to his home in Florida that night rather than New Hampshire or South Carolina.

Anyway, while retelling the Cruz tale, Trump repeatedly referred to Carson as “Obama” because, well, you know.

“What Ted Cruz did to Obama, where he said that Obama had quit the race and take our votes,” Trump yelled out to the crowd, per Politico. As he continued to ramble on obliviously, people in the audience started shouting back to him, telling him that it was Carson, not Obama.

After finally catching himself, he tried to shrug it off, saying maybe “Obama should’ve quit the race,” eliciting cheers from the crowd. But, let’s face it. Most everyone there thinks black folks all look alike, and really don’t hold it against Trump for not knowing the difference between one black dude in politics and another.

Sure, Carson is one of the ‘good’ ones, but don’t expect them to pick him out of a lineup.