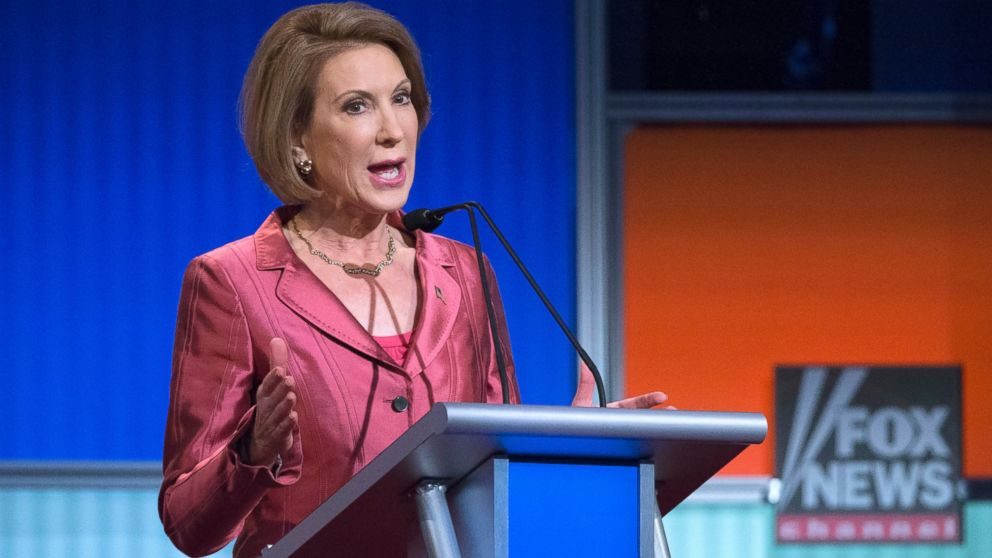 After the Iowa caucuses, a number of low-polling GOP Presidential candidates faced reality and finally pulled the plugs on their dying campaigns. The two previous Iowa Republican caucus winners, Rick Santorum and Mike Huckabee, both dropped out after getting less than 2% of the votes. Kentucky Senator Rand Paul also closed down his campaign after finishing in fifth-place with 4%.

While some other Republicans finished extremely low in Iowa (John Kasich, Jeb Bush, Chris Christie), they have placed all their eggs in the New Hampshire basket and are hoping to finish as high as third to breathe some life in their moribund campaigns. Only one candidate remaining has no shot in New Hampshire, or anywhere else, yet has stubbornly refused to acknowledge reality — fired Hewlett-Packard CEO Carly Fiorina.

Coming off of an embarrassing showing in Iowa, which culminated in her ditching her own post-results rally because nobody showed up, Carly is still pretending like she has a chance to do something. Yet, in New Hampshire, she is polling at 3%, far behind the ‘establishment’ bottleneck and light years away from Donald Trump. Due to her poor performance in Iowa and other national and state polls, ABC has decided to reject her for Saturday’s GOP debate.

The network had already stated that there would not be a ‘happy hour’ debate for low-polling candidates, which likely helped push the other third-tier guys to end their campaigns right after Iowa. However, Carly figured she had one card up her sleeve to force her way onto the stage — the woman card. Yep, even though Fiorina has criticized and chided Democratic hopeful Hillary Clinton numerous times for supposedly using her gender to insulate her from attacks by Republicans, she had no problem playing victim this week in an effort to make the debate.

On Wednesday evening, the failed Senate candidate told The Hill that “it is hard to justify a single candidate, the only woman, being excluded.” She also sent a letter to the Republican National Committee asking them to intervene and change the rules to get her up on the stage Saturday night.

In an article published Thursday, conservative columnist Jennifer Rubin ridiculed Fiorina for playing the woman card after going after Clinton so forcefully for using her gender to get elected.

Fiorina is now undercutting her message, namely that Clinton’s gender is no reason to elect her president. (“Mrs. Clinton is going to play that gender card all day long. It is the rationale for her candidacy,” Fiorina said in October.) The same is true of Fiorina. Moreover, as she remains in the race sinking further in the standings, she makes herself less attractive (politically speaking) as a Cabinet official or future candidate.

After getting a short pop in the polls after her first main stage debate, largely due to hitting Trump with an uppercut over his sexism and lying about the Planned Parenthood videos, Fiorina has sunk back to the bottom.But she never capitalized on that bump, mostly because she screwed herself by sticking to her PP lies, despite rampant evidence being thrown in her face. Her time came and went, yet she refuses to acknowledge it.

Nobody likes a desperate clinger, Carly. Whining and crying won’t get the already misogynistic and sexist base of the GOP to suddenly have sympathy for you. Just drop out and save a little face.