Properties owned by President Donald Trump are struggling to cope with the severe effects of the coronavirus outbreak, with layoffs, dramatic drops in revenue and in some cases temporary closures occurring in the last few days.

At least four properties have closed and three hotels have laid off staff, The Washington Post reported Friday. Mar-a-Lago, Trump’s private club in Palm Beach Country, Florida, announced it would be shutting everything down in accordance with Gov. Ron DeSantis’ order closing all restaurants and bars.

Trump’s hotel in Las Vegas was likewise shuttered and is not expected to reopen until the middle of April. The president’s New York hotel, meanwhile, remained open, yet 51 of its 300-plus employees had been laid off as of Thursday, according to the Post.

At the Trump International Hotel in Washington, the layoffs were even more drastic: 160 workers were let go, as the hotel’s occupancy rate plunged to about 5 percent, according to the union that represents the hotel’s employees.

Trump’s D.C. hotel remains open, despite the bar and restaurant being closed by a directive from the D.C. government and almost no guests staying there.

John Boardman, executive secretary-treasurer of the D.C. affiliate of Unite Here, said occupancy is about 5 percent and about 160 of his 174 workers he represents — including housekeepers, dishwashers and bellmen — have been laid off. He said the Trump Organization is “no different than anybody else except that they’re staying open, which amazes me.”

Three of the seven hotels Trump owns have outstanding loans from Deutsche Bank valuing more than $300 million, the Post notes, and so the struggles of the travel and leisure industry — which has asked for a federal bailout — go hand in hand with the president’s own financial standing.

The coronavirus’ effect on the industry, according to the president of the American Hotel and Lodging Association, has been larger than “September 11th and the Great Recession of 2008 combined.” 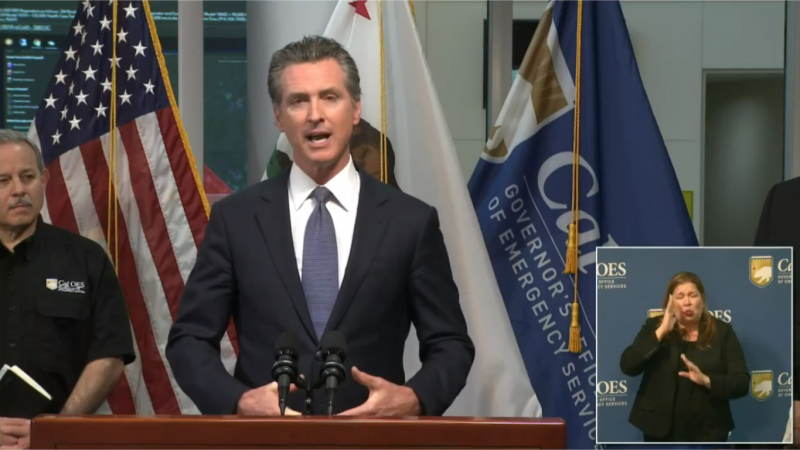