Chris Matthews Presses Elizabeth Warren: Why Do You Believe a Woman Over Bloomberg? ‘Why Would He Lie?’ 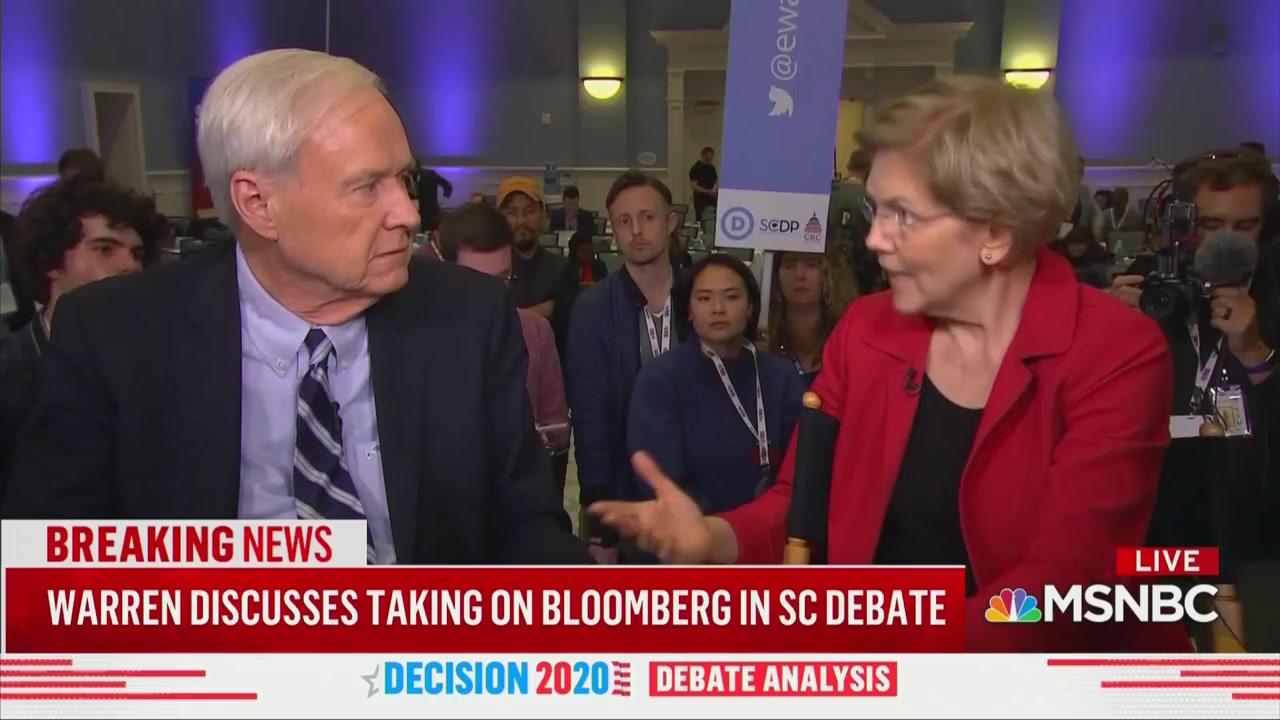 MSNBC host Chris Matthews, fresh off his apology to Sen. Bernie Sanders (I-VT) for comparing his Nevada victory to a Nazi invasion, got himself in more hot water Tuesday night when he aggressively pressed Sen. Elizabeth Warren (D-MA) to explain why she believed one of Michael Bloomberg’s accusers over Bloomberg himself.

“Why would he lie?” Matthews continued. “Because just to protect himself?”

Telling the MSNBC star “yeah,” Warren then asked Matthews “why would she lie,” leaving the host briefly dumbstruck.

“I just want to make sure you’re clear about this,” Matthews said after recovering. “You’re confident of your accusation?”