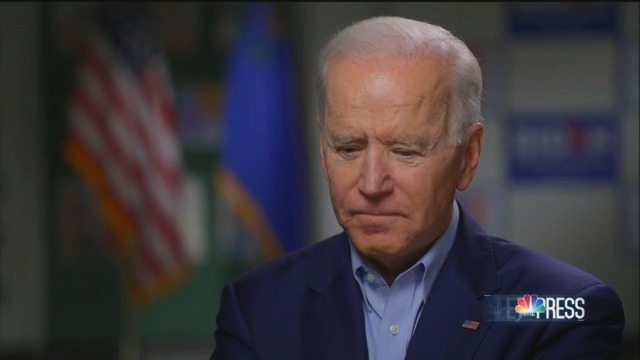 “Even Bernie is now saying how much is it going to cost?” Biden exclaimed. “‘Who knows, we’ll find out.’ I think that’s the phrase he used. ‘Well we don’t know.’ Part of being president is not just the idea you have—can you get it done? Have you ever done anything big? Have you ever been able to put together coalitions that bring along Republicans and all the Democrats to get things done? And the idea — I mean it’s almost fanciful sometimes.”

Todd, meanwhile, asked whether this was “Bernie’s strength”—that voters know where he stands and who he is.

“And he’s never gotten anything done,” the ex-veep interjected.

Watch the clip above, via NBC News.