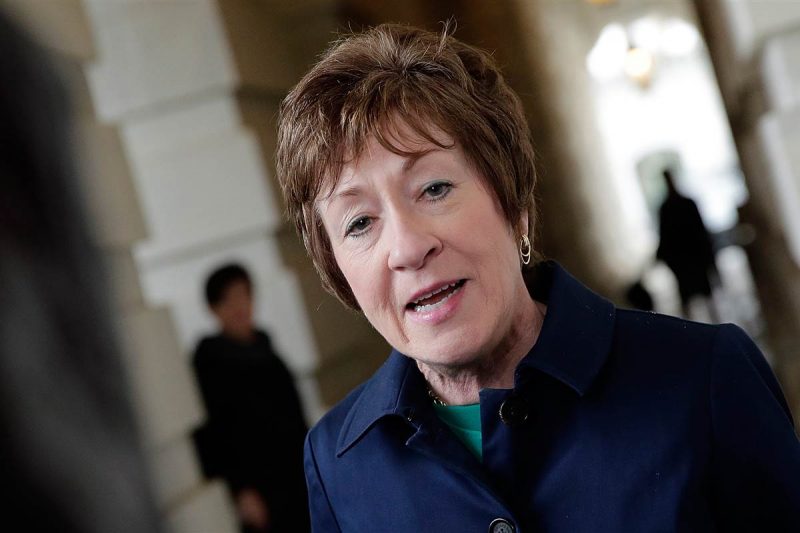 Sen. Susan Collins (R-ME) said Friday she is collaborating with a “fairly small group” of Republican colleagues to push for witnesses in the looming impeachment trial of President Trump.

“I am hopeful that we can reach an agreement on how to proceed with the trial that will allow the opportunity for both the House and the president’s counsel if they choose to do so,” Collins said, according to the Bangor Daily News.

Collins has criticized Sen. Majority Leader Mitch McConnell (R-KY) for saying there is “no chance” that Trump is removed from office and for pledging “total cooperation” with the White House on the trial. Collins declined to elaborate on who she was working with, although other senators believed to hold reservations about McConnell’s decisions include Mitt Romney of Utah and Lisa Murkowski of Alaska.

Up for reelection in November, Collins is a target for Democrats, who would need to pick up four seats to win back control of the upper chamber of Congress.