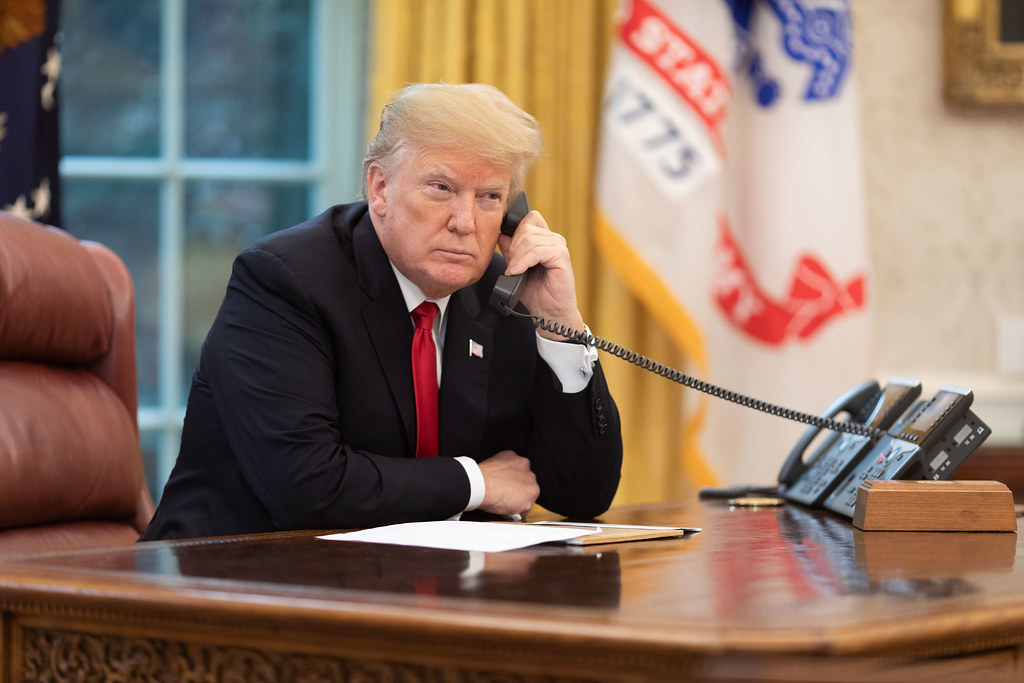 The White House has released the memorandum of another phone call between President Donald Trump and Ukrainian President Voldymyr Zelensky. Trump had promised to do this with the suggestion that it would somehow be exculpatory as the impeachment hearings progress.

The memorandum, which is not a transcript, was released just as former U.S. ambassador to Ukraine Marie Yovanovitch was due to testify before the House public impeachment hearings. If he release was designed as a distraction, it is unlikely to succeed.

The phone call is not exculpatory in any way but it also doesn’t contain anything concerning, unlike the 25 July call where Trump asked Zelensky for a favor. This call, from 21 April, is merely a congratulatory call on Zelenksy’s historic election as president of Ukraine.

The call memo appears to directly contradict the White House’s official readout of the call, which says Trump “expressed his commitment to work together with President-elect Zelenskyy and the Ukrainian people to implement reforms that strengthen democracy, increase prosperity, and root out corruption.”

In the call released today, Trump and Zelensky do not discuss corruption or the strengthening of democracy in Ukraine. This disparity has not yet been explained by the White House.

NEW 🚨… as the second impeachment hearing is about to gavel in, the White House released the first convo between trump and Zelensky. Here it is pic.twitter.com/El8dg4EIvU

The memo also does not feature any mention of former U.S. ambassador to Ukraine Marie Yavanovitch. This is unusual since Trump and Zelensky discussed her in the later 25 July called, where Zelensky said: “It was great that you were the first one. who told me that she was a bad ambassador because I agree·with you 100%.”

If Trump and Zelensky did not discuss Yovanovitch on the 21 April call, when did they discuss her? The answer is not yet known.

This is odd given there is no mention of Yovanovitch. In the July 25th call, Zelensky (in response to Trump’s mention of her), said:
“It was great that you were the first one. who told me that she was a bad ambassador because I agree·with you 100%.” https://t.co/SZvppVEaLa

Trump congratulated Zelensky on his election and Zelensky thanked him and praises him. Zelensky also invited Trump to his inauguration – an invitation that both presidents must have known at the time would not be taken up. Vice President Mike Pence did attend.

Trump invited Zelensky to the White House on the call, but this does not constitute an official invitation. Such visits are complex and involve detailed planning.

One interesting aspect of the call is Trump’s mention of the Miss Universe competition. Trump said that his experiences with that competition had given him a good impression of Ukrainians.