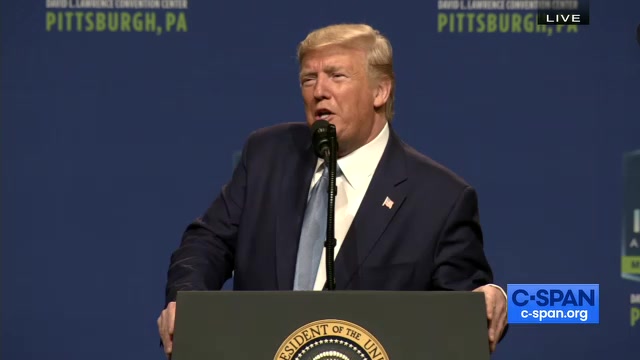 Yep, this is for real.

During a speech at the Shale Insight Conference in Pittsburgh on Wednesday, President Donald Trump claimed he was building a new border wall in, of all places, Colorado — which is decidedly NOT on the U.S.-Mexico border.

After boasting that he was going to win New Mexico — a Democratic stronghold — in 2020 because they wanted border security and “we are building a wall” in the state, Trump then oddly made the same assertion about Colorado.

Trump would then go on to inform Kansas — which borders Colorado to the east — that they weren’t getting a wall but would get the benefits of it before strangely transitioning to bragging about how “incredible” Lousiana is.

The crowd, meanwhile, stood up and gave the president a standing ovation after he claimed he was building a border wall in a state that is hundreds of miles from the border.