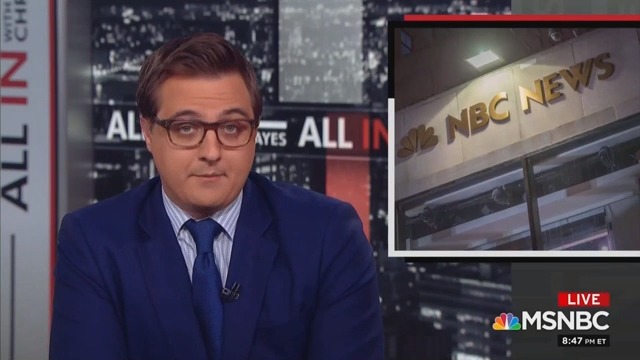 “Time and again the path of least resistance for those with power was not to cross Weinstein or his army of friends and lawyers,” he said. “Same goes for the many, many, many other powerful predators we’ve come to know about.”

“The path of least resistance is always there, Hayes concluded. “Beckoning seductively, you’ve got bigger fish to fry. This isn’t the hill to die on. The story isn’t ready. But of course, it’s the very ease of that path that makes it the enemy to the kind of work we, as journalists, are supposed to do.”