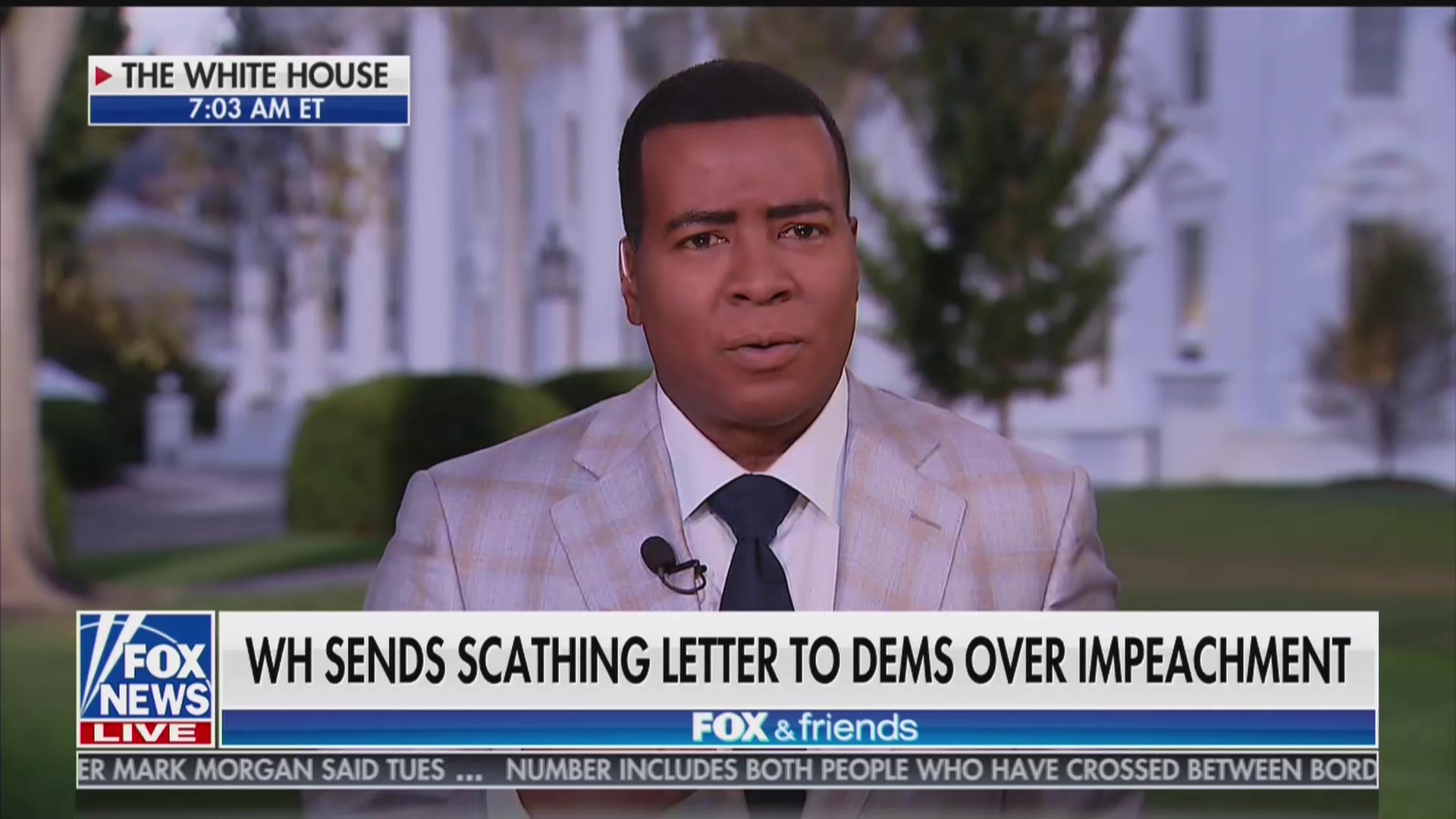 Fox News White House reporter Kevin Corke further blurred the line between the network’s opinion and “straight news” divisions on Wednesday when he openly questioned the validity of the whistleblower at the center of the House’s impeachment inquiry while asserting the “fix is in” against President Donald Trump.

“So, it sounds like the fix is in, right?” Corke remarked before noting that the White House was taking aim at House Intelligence Committee Chairman Adam Schiff (D-CA), a favorite target of Trumpworld’s.

“I don’t know what he was thinking about reading that on the record,” the Fox News reporter said. “Effectively, He said he was just sort of making this up. But the real thing that’s bothering, I think, a lot of people also is that the House Intel Committee chair has been accused of lying about his contacts with the so-called whistleblower.”