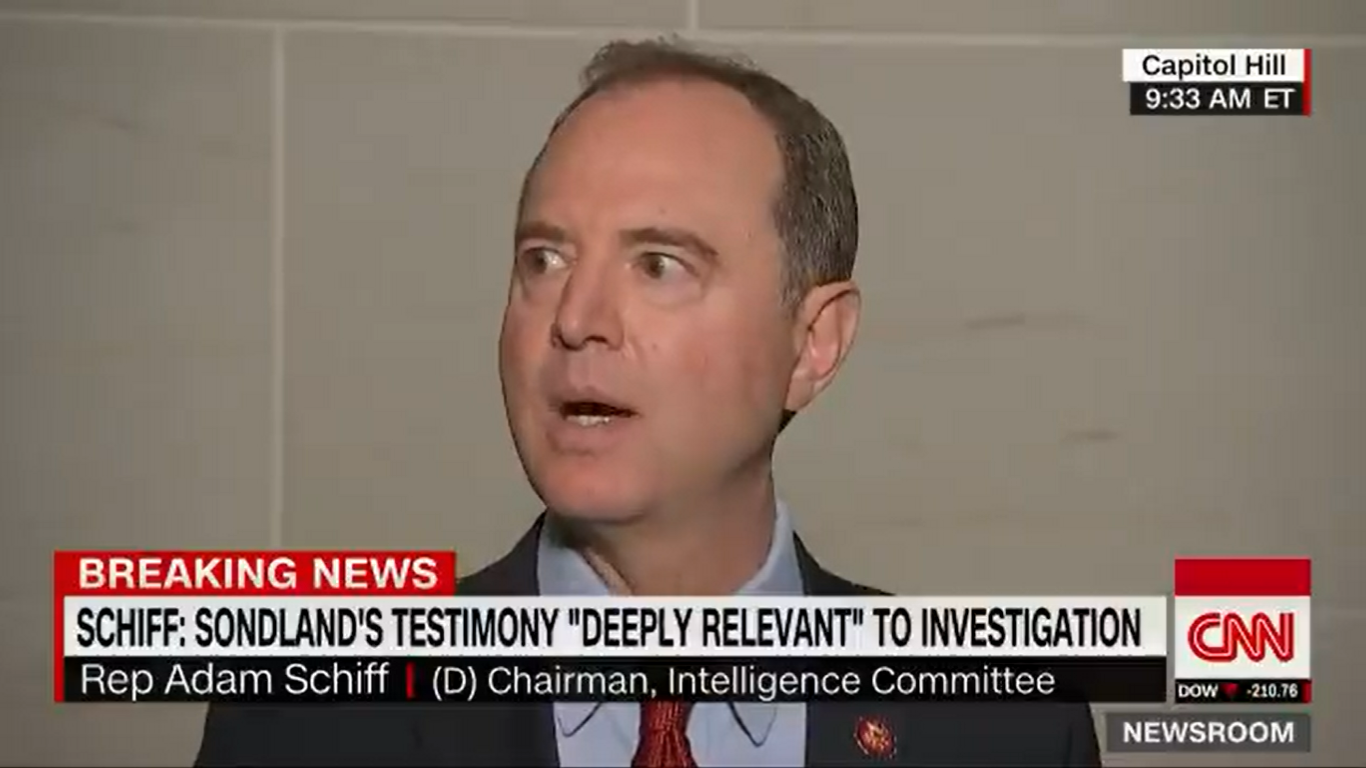 Chairman of the House Intelligence Committee Adam Schiff has said that the State Department is holding back text messages from Congress related to the ongoing impeachment inquiry. The texts are reportedly on a device owned by Ambassador Gordon Sondland.

Sondland was due to testify before Congress on Tuesday but he was abruptly ordered not to appear by the State Department. Schiff has suggested that the administration is now trying to obstruct the congressional investigation.

Chairman Adam Schiff says Congress is investigating whether there was an effort by the President, the Secretary of State, and others to cover up misconduct pic.twitter.com/LFshLyNW71

“We’re also aware the ambassador has text messages or emails on a personal device,” Schiff added. “And the State Department is withholding those messages as well.”

After the State Dept. barred key witness Gordon Sondland from testifying Chairman Schiff says, "We're also aware the ambassador has text messages or emails on a personal device … and the State Department is withholding those messages as well."
Via ABC pic.twitter.com/wj5ST9gHTO

Schiff’s comments are the strongest statement yet that House Democrats believe the Trump administration is actively trying to thwart their impeachment inquiry. Obstruction of justice could be an article of impeachment the House may vote on, as it was for President Richard Nixon.

President Donald Trump earlier confirmed that he had taken the decision to order Sondland not to testify before the House.

The president confirms the decision came from the top pic.twitter.com/1cf53nCLLw

It remains to be seen who decided not to release Sondland’s text messages and hold his personal device at the State Department.