Vladimir Putin Jokes About Interfering in the 2020 Election: “Yes, We’ll Definitely Do It” 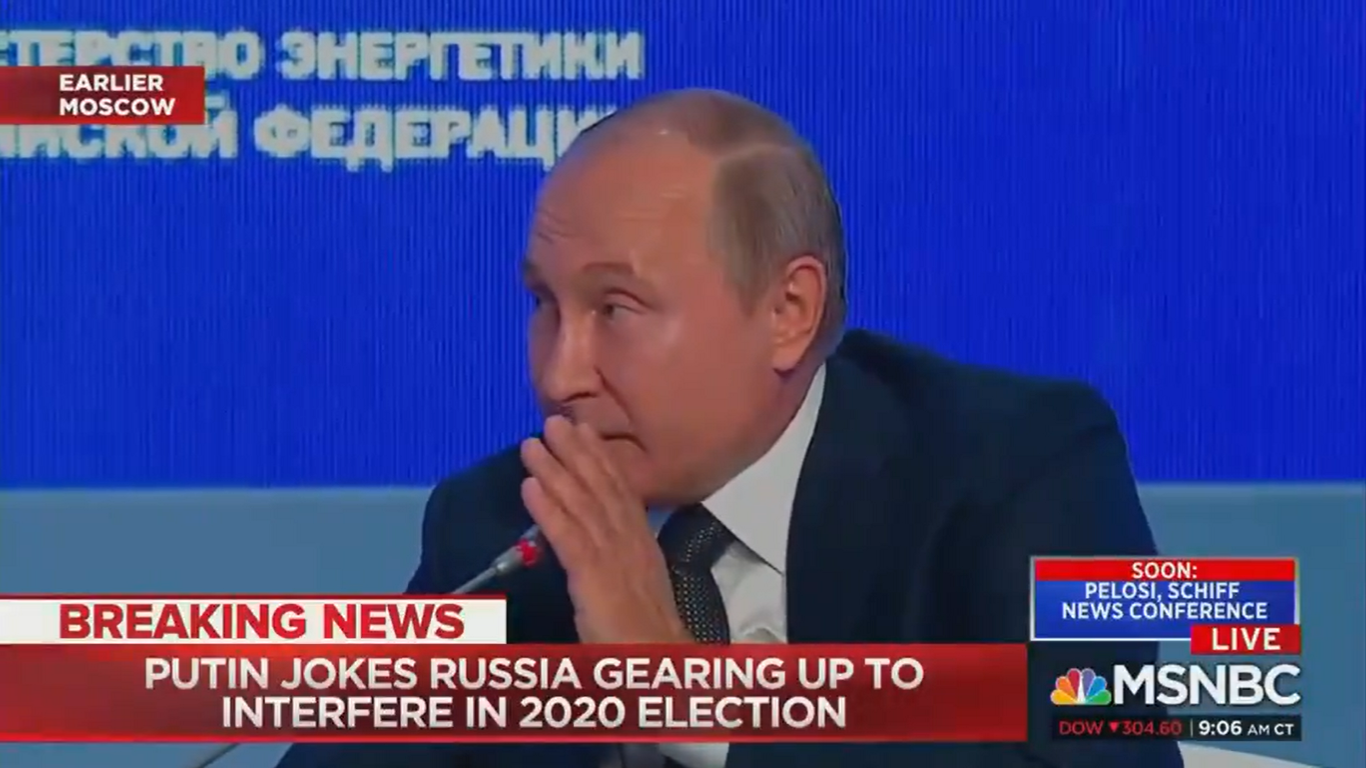 Russian President Vladimir Putin has joked that he will ‘definitely’ interfere in the 2020 U.S. presidential election. Speaking in Russian during a TV interview, the authoritarian Russian leader pretended to whisper that he would interfere in next year’s elections.

“I’ll tell you a secret: Yes, we’ll definitely do it,” Putin said. He then added, whispering, “Just don’t tell anyone.”

—>> Asked about interfering in the 2020 US election, Putin jokes “I’ll tell you a secret: Yes, we’ll definitely do it,” adding in a stage whisper: “Just don’t tell anyone.”

U.S. intelligence agencies concluded that Russia interfered in the 2016 election in an attempt to help President Donald Trump defeat Democratic candidate Hillary Clinton. Putin has joked about the issue before but his comments on Wednesday come amid the unfolding Ukraine whistleblower scandal and various news reports that Trump has tried to get foreign governments to help him discredit Special Counsel Robert Mueller’s findings.

Putin jokes Russia will "definitely" intervene in the 2020 US elections pic.twitter.com/wY51XTpboQ

On Wednesday, several news stories damaging to President Trump broke, including an allegation form The Times of London that he had asked British Prime Minister Boris Johnson to help in his effort to undermine the Mueller Report. It is unlikely that Putin was unaware of these reports when he made his comments.

Watch the video above, via MSNBC/Twitter.