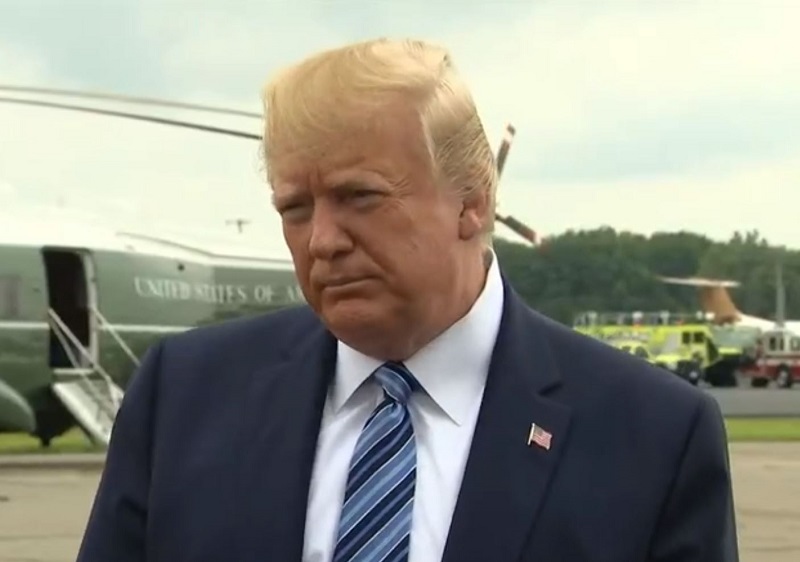 Included in President Trump’s morning Twitter hissy fit were a couple of shots at Puerto Rico, which is under a tropical storm warning as a storm named Dorian bears down on it:

We are tracking closely tropical storm Dorian as it heads, as usual, to Puerto Rico. FEMA and all others are ready, and will do a great job. When they do, let them know it, and give them a big Thank You – Not like last time. That includes from the incompetent Mayor of San Juan!

“As usual”? Is Trump under the impression that Puerto Rico attracts lots of hurricanes?

Later, he went back to the well:

Puerto Rico is one of the most corrupt places on earth. Their political system is broken and their politicians are either Incompetent or Corrupt. Congress approved Billions of Dollars last time, more than anyplace else has ever gotten, and it is sent to Crooked Pols. No good!….

….And by the way, I’m the best thing that’s ever happened to Puerto Rico!

Trump loves to claim that he’s “the best thing that’s ever happened to Puerto Rico,” but that does not make it true. His response to Hurricane Maria was laughably inadequate. It led to thousands of deaths over the last two years as the island struggled with ruined infrastructure and decimated health services.

Trump’s personal animus towards Puerto Rican officials who were angry at his poor response, such as San Juan mayor Carmen Yulin Cruz, has colored his views ever since, and has led to his seemingly prizing his wounded ego over figuring out how to get the island the help it desperately needs from the federal government.

Now Puerto Rico — which is an American territory, which makes it the responsibility of the President of the United States whether he likes it or not — is about to get wallopped by a tropical storm that is just shy of hurricane strength as it nears the island. And the president is preemptively whining on Twitter about not getting enough credit for helping while smearing fellow Americans as corrupt and incompetent.

Dorian is expected to pass over Puerto Rico and the Virgin Islands on Wednesday and might make landfall in Florida as a Category 3 hurricane by the weekend.