Why Hillary Clinton Will Be A Better President Than You Think

First, let’s get this out of the way. All politicians lie. Hillary Clinton’s problem is that she’s not as good at lying as some of her counterparts. Add to that more than 30 years of witch hunts by Republicans and you end up with a candidate that polls poorly on trust. That aside, there are still reasons to believe that Hillary Clinton will be a better president than many might think.

Back in May, the Hillary Clinton campaign let out a bit of truth out. While campaigning in Kentucky, Hillary said, her husband would be handling economic policy because “he knows what he’s doing.” The remarks were quickly walked back in order to squash suggestions that her presidency would simply be a Bill Clinton third term. But just because the campaign backed off publicly, doesn’t necessarily mean that if elected, Hillary won’t give Bill a significant role in shaping economic progress. And guess what? That’s not a bad thing. Bill Clinton was the last president to leave office with a balanced budget and a growing economy. Nothing to complain about here, move along. 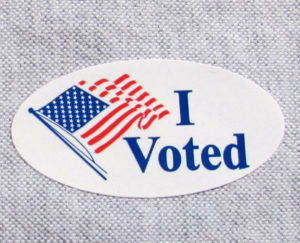 Another, and perhaps more significant motivation for a Hillary to make working class voters happy is the one thing she’ll want more than anything else; a second term.

Don’t underestimate how much the desire for a second term can affect first term policy. If a President Hillary hands America over to Wall Street the minute she takes office, and income inequality gets worse, she’d be sealing her own loss in the next election. Don’t think a politically savvy Clinton doesn’t know that. That’s not to say that Hillary Clinton won’t do something to make her Wall Street donors happy. She probably will. But it’s hard to see it as a floodgate of favors, and even harder to imagine that it won’t come with some palpable improvements for working class Americans.

There is already a movement called Republicans For Hillary. That’s partly because the Republican candidate in 2016, reality TV star Donald Trump, is a nightmare, and partly because Hillary Clinton supports policies that fit the mold of the old GOP, from decades ago. She supports the EPA, an agency created by Republican, Richard Nixon, and is in favor of infrastructure spending projects, not unlike Republican, Dwight D. Eisenhower.

On social issues, there is less common ground with today’s far-right Republican Party. But older, more traditional conservatives can still find things to like about Hillary, particularly when it comes to fighting back against Rep. Paul Ryan’s continuing schemes to privatize Medicare. If that weren’t scary enough, Donald Trump is now on board with Ryan’s plans to dismantle Social Security. Few could see any Democrat going along with privatizing either program. They are both enormously popular with voters in both parties, and are among the few government-run programs that actually work efficiently. Score one more for Hillary on protecting entitlements for the 60 million Americans that need them.

Hillary Clinton’s biggest risk in losing a second term, if she gets a first, is trade. If she backtracks on her opposition to the Trans-Pacific Partnership and pushes it through, the effects will be felt almost immediately and by everyone.

The far-reaching 12 nation treaty has an insidious “investor state” (ISDS) chapter that, like NAFTA, gives corporations the right to sue taxpayers for “anticipated profits.” The ISDS provisions can force sovereign nations to bend to corporate will and overturn environmental, food safety, and other consumer friendly laws. Per the Roosevelt Institute, “Under TPP, foreign investors could sue over pretty much any law, regulation, or government decision.”

Sans passage of the TPP, Hillary Clinton could surprise a lot of people with her ability to govern. And you can bet that as the first woman president, she will want her legacy to be more than a footnote in a history book. Never underestimate the power of a woman who has spent a lifetime trying to prove that men don’t have to rule the world. 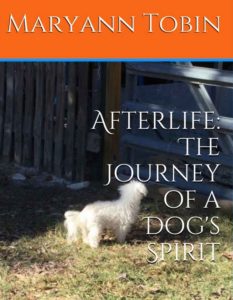