Why The TPP Trade Deal Should Scare You

Trade is a hot issue in the 2016 election season and the Trans-Pacific Partnership (TPP) is taking a beating from both sides of the aisle. GOP presidential nominee Donald Trump, and Democratic runner-up Bernie Sanders have done everything but set their hair on fire warning Americans about the perils of the latest so-called free trade deal. Hillary Clinton has also recently added her objections.

So what is so horrible about the TPP that the mere mention of it invokes such passion? In short, a lot.

For one thing, it’s huge. The 12 nation deal that includes the United States, Australia, Brunei, Canada, Mexico, Chile, Japan, Malaysia, New Zealand, Peru, Singapore, and Vietnam, will have an impact on 40 percent of global trade. That means it will give a lot of power to someone. Unfortunately, that someone is not people; it’s corporations.

Perhaps surprisingly to those unfamiliar with the 26 chapter agreement, it has almost nothing to do with actual trade. Instead, it focuses on breaking down all sorts of legal barriers to corporate profits.

In addition to giving Big Pharma the right to block the release of cheaper generic drugs through intellectual property rights extensions, banks would be almost completely deregulated, and ISPs would be able to cut off internet access to anyone ‘suspected’ of illegal downloads. But that’s still not the worst of it.

Like the North American Free Trade Agreement (NAFTA), the TPP includes Investor State Dispute Settlement (ISDS) provisions. This gives corporations the right to sue any signatory country for the profits they think they might have made, if some law wasn’t in their way. The real target here is environmental laws, but the possibilities for abuse are as endless as a CEO’s imagination for ‘anticipated’ profits.

In case you missed it, the United States is currently being sued by TransCanada for $15 billion under NATFA’s ISDS provisions. The oil giant is blaming the Obama administration for blocking the Keystone XL pipeline and wants US taxpayers to pay them for the money they might have made. Furthermore, the case will not be decided by US courts. According to the terms of the trade deal, investor state disputes are decided by a secret 3-person tribunal of corporate attorneys, and their rulings supersede the laws of participating nations.

Think about that one for a minute. Through a secret tribunal system, the TPP will give private companies the right to force the taxpayers of sovereign nations to pay them profits they never earned or lost. All because that country had, for example, a law that banned pouring radioactive waste into the drinking water supply.

The Australians are already up in arms about the implications of the TPP. According to RT, “Provisions in Trans-Pacific Partnership trade deal that would allow corporations to sue governments for passing laws that hinder their economic profits are being criticized in a new report.”

Could TPP investor state disputes force a state like New York to overturn its fracking ban? Technically, yes. The same goes for any food safety laws, labor laws, and a host of other untested atrocities a corporation can think up.

No matter who wins the presidency, the TPP is going to be an important issue for generations to come. And whether it passes or fails may depend entirely on how far citizens are willing to go to stop it. Protests are powerful weapons in a democracy. America will need a lot more of them if they want to beat the corporate monster that is just one step away from devouring them.

Maryann Tobin is the author of “Afterlife: The Journey Of A Dog’s Spirit” 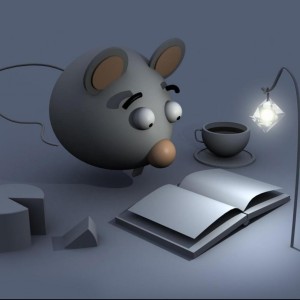