Last night, as the US was reeling from the reports of two deadly police shootings this past week, more high profile news brought us the story of a mass shooting of police officers in Dallas, Texas.

While that was breaking, another story had already been spreading throughout the Internets that day about the body of a black man, aged 25-35, found hanging from a tree in Atlanta’s Piedmont Park.

It doesn’t take much effort to deduce that even in periods of relatively calm news cycles, a black man hanging from a tree in the South is a big deal with the potential for a hate crime written all over it.

And, thus, the media duly sourced a couple Twitter accounts.

so the same night that KKK members were seen handing out flyers, a black male is lynched on a tree in Piedmont Park? But it’s suicide? ??

Okay, well this is some serious shit then.

The recent police shootings of two black men, who weren’t committing any crimes, have already prompted widespread discussion, again, of police-on-black violence which raises the temperature of discussion in neighborhoods and communities across the US.

The topics of racism, police accountability and white supremacy run a course that is directly opposed by the victim-blaming rhetoric of those who don’t simply stop at defending the police, but tread even further by denying the existence of racial disparities in policing.

The stirring up of unresolved racial tensions can lead to multiple situations, and as that mood began to implant itself once again across the country, it would not surprise anyone if the Ku Klux Klan, or any group of unabashed racists for that matter, reacted violently.

But there are some glaring holes in the narrative being driven. Exposing these holes isn’t done to make light of the Klan, but to mitigate the damage potentially done by right wing propagandists seeking to discredit anti-racist and leftist groups. If allegations fail to pan out, it makes it easier for the Klan to hide its involvement from its future activities.

As Mic reports, the veracity of the Twitter statements alleging that the Klan was in and around Piedmont Park the night before can not be confirmed, yet several other outlets have carried the same story with allegations of Klan involvement using a picture of a flyer as the only evidence.

Though little information is known at this time, and Mic could not immediately confirm the veracity of claims circulating the trending hashtag, including whether or not the Ku Klux Klan passed out fliers at Piedmont Park on Wednesday night or whether Piedmont Park is a favorite spot for KKK rallies.

Discrediting the actions of hate groups is an important task, but without hard evidence it invites criticism which can damage the entire scope of anti-racist activities, and not just those geographically limited to Atlanta.

And with this, the media really took the bait.

The picture of this flyer originates on a Twitter account who claims that they appeared in her neighborhood. There’s no mention of Atlanta on the paper, or the state of Georgia for that matter.

@kristabelio yep I sure do

But, hang on. In order to get to this series of replies in the growing thread, you have to pass this:

@butwhythoughh @TheOfficialRocc @Peacock_2High I posted this so people know these flyers are real. Not to relate to the PiedmontPark hanging

There will be determinations coming on this case in the future, but for now all we know is that the Fulton County medical examiner has said that the evidence thus far is consistent with a suicide. The Atlanta PD has no evidence that their was any Klan activity near or in the park the day before the body was discovered.

While it’s understandable that people would be skeptical of anything any police department has to say right now, jumping the gun can be incredibly subversive to the reputations and goals of those doing so.

Additionally, Atlanta Mayor Kasim Reed, speaking on the incident, has added that rumors of the KKK milling about the area may be nothing more:

“We have reviewed our video cameras, we have spoken to a number of individuals and we have not found any evidence that the KKK was in Piedmont Park distributing materials.”

As the investigation continues, there’s always the possibility of criminal action on the part of hate groups, but the media should stick to what it can prove lest it act counterproductively, however unwittingly, to the goals of exposing the activities of hate groups. 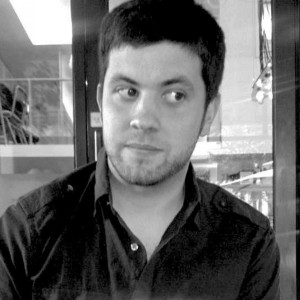 Diamond and Silk: Democrats Are Treating Trump Like Black People ‘During the Jim Crow Day’

Joe Scarborough: Senators Won’t Want to Be Associated with Lindsey Graham ‘In History’