Jeb! Completely Misses The Point About Americans’ Anger Towards The Police 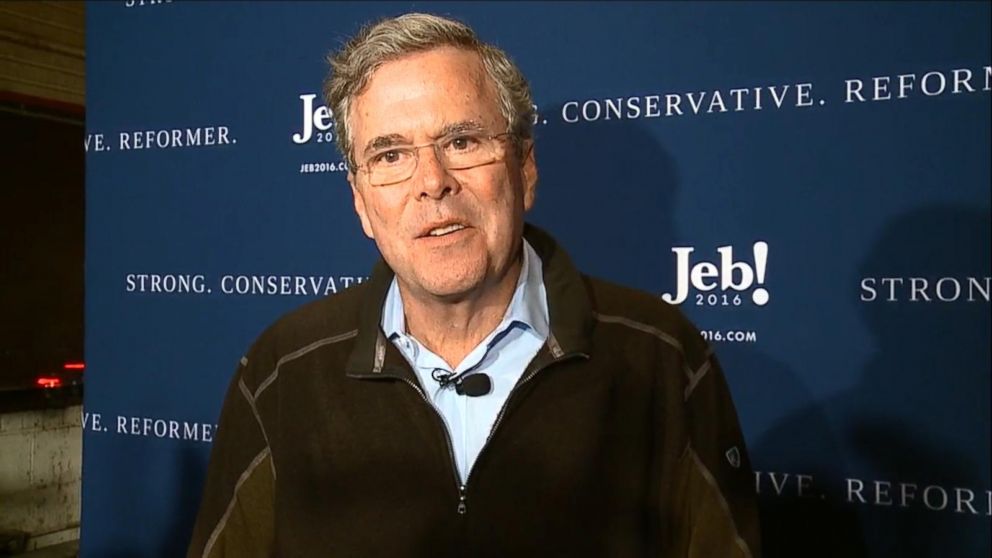 Like most conservatives, Jeb! Bush really doesn’t understand the current American frustration with the police. Whether you are black or white, there are certain incidents that point to a real lack of justice in our societal systems. Unlike some people who want to use this as an excuse to say that all police are evil or animals, I know this isn’t true, and I never want to hear that said in my presence. There are bad officers, and the reasons they aren’t always exposed as quickly as they should be is a complicated issue that isn’t as cut and dried as many people would like to believe.

Nevertheless, let’s get back on topic. In a recent interview, Jeb! thought that Tamir Rice was killed by the police in Chicago. Compounding that error he stated that because investigations had been done on this case and others like that of Sandra Bland, and since the officers weren’t found at fault then nothing wrong must have been done. This just proves that Bush either doesn’t pay any attention to the black community’s concerns or is so isolated in the right-wing echo chamber that he just doesn’t care.

Jeb! isn’t alone in his opinions, of course. The only candidate on the Republican bench that even acknowledges there could be a problem is Rand Paul, and his voice has been heavily muted because this issue is never brought up except to enflame right-wing voters. When Black Lives Matter protesters started showing up at Democratic candidate speeches and disrupting them, some Republican candidates dared them to show up to theirs and try it. The welcome wouldn’t be warm. Donald Trump supporters have proven him right by beating up one interrupting protestor that we know of.

But why are so many Americans, and not just black Americans, upset about the cases of Tamir Rice and Sandra Bland? Police were called to the park where 12-year-old Tamir was playing with a toy gun. They suspected someone with a gun was there, and Rice being 5′ 7″ is taller than your average pre-teen. However, the police pull up, and within two seconds, the passenger side door opens, the policeman turns around, draws his gun, and without any warning at all he fatally shoots the boy.

The officer who shot the boy was fired from a police station earlier in his career for psychological reasons. They did not believe that time or training could fix his deficiencies. Numerous other agencies refused to hire him because of this evaluation and his testing. And yet Cleveland does so because they didn’t really go over his paperwork or read his evaluations. So, they let an unqualified and unfit officer on the street. With that and the taped evidence of what happened that day in the park, why didn’t a grand jury ask for the man to stand trial after he was investigated by his own police department who didn’t want to come under any more scrutiny?

Now let’s look at Sandra Bland. She should never have been arrested at all, and everyone in the nation who looked at this case knows that. Even conservative talking heads on Fox News could only say that she should have kept her mouth shut and complied with the officers unnecessary demands meant to demean her. Most didn’t say it outright, but they were slyly saying that because she stood up for herself and her rights, she was responsible for her arrest and her eventual death in prison.

She committed no crime. In fact, she was charged for assaulting an officer, which wasn’t seen in the dash-cam video, but could only have happened after the officer forced her out of the vehicle with a taser pointed at her head and after he declared she was under arrest for refusing to put out her cigarette in her own car. More likely he just wanted to exert his authority over her. There are a ton of questions about her subsequent death in that prison, especially since she said repeatedly that she planned on suing them after she was released, and probably had a very solid case.

When a police station is allowed to conduct the investigation on its own officers though, how detailed and thorough is that inquiry? If a department has faced a lot of criticism they may want to come clean to relieve that stigma, but more than likely they will try to hide it further to say that there was nothing wrong in the first place. This is the point that the law and order conservative Americans miss when they spout the sentiments that Jeb did. Even if there are good officers, you can’t have any faith in a system that feels rigged against the American public.

Poor Richard Jr. is a college graduate with two degrees and more than thirty years writing experience who lives in the middle of somewhere, America. Inspired by some of the ideals and principles of the founding fathers, he wants to rejuvenate the country and bring about a more modern and equal society.