Even For Blatantly Sexist Pundit Erick Erickson, Donald Trump’s “Blood” Comment Was Too Much

The reverberation of echoes made from the GOP’s presidential debate this past Thursday rippled across the country. Ohio was nearly the staging point for another one of Donald Trump’s campaign-slash-circus acts. The Ohio echoes touched nearly all who watched, and even graced the Deep South.

At the helm of the debate, Megyn Kelly of Fox News was charged with the direction and flow of the debate. Trump, however, felt her question was a bit beneath his super heavyweight status as pertaining to his sexist and misogynistic comments directed towards women.

CNN Tonight’s Don Lemon sat with Trump twenty-four hours after the debate. Trump said about Kelly, “You could see there was blood coming out of her eyes, “ followed by the icing on the cake, “blood coming out of her wherever.” Trump’s knack for lacking Political Correctness reached RedState and its Editor, Erick Erickson, with a bravado of irony.

RedState scheduled a conservative meet and greet for the GOP presidential candidates Saturday; it was to have Trump as a keynote speaker. In rescinding Trump’s invite, Erickson went on to say, “He is not a professional politician and is known for being a blunt talker. He connects with to so much of the anger in the Republican’s base and is not afraid to be outspoken on a lot of issues. But there are even lines blunt talkers and unprofessional politicians should not cross. Decency is one of those lines.”

The “Trump 4-President Machine” did not stop with simply an acknowledgment of a declined party of two. Instead, the campaign released a statement saying, “For all of the people who were looking forward to Mr. Trump coming, we will miss you.” The statement further placed the blame directly on the shoulder of the Editor of RedState, “Blame Erick Erickson, your weak and pathetic leader. We’ll now be doing another campaign stop at another location.”

The location of the new campaign stop is unclear at this current moment, but in a shocking yet mildly comical turn of events, the RedState event will still take place. and invited to the event in lieu of Trump…Megyn Kelly. 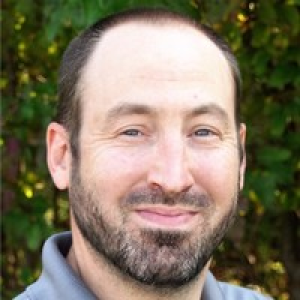